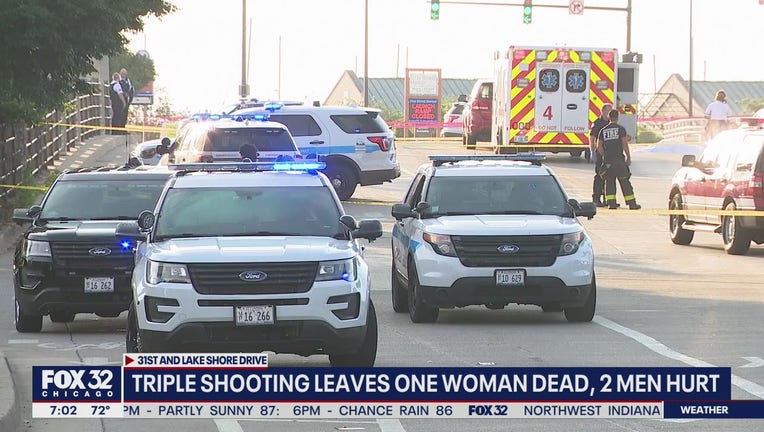 CHICAGO - A woman was shot to death and two men were wounded Saturday near 31st Street Beach on the South Side.

They were walking about 5:20 a.m. in the 3100 block of South Lake Shore Drive when a group of about six males approached, according to Chicago police. Three or four members of the group distracted the 34-year-old woman while two other suspects pulled out guns and started shooting at her and the two men she was with.

The woman, identified as Quentella Smith, was hit in the head and pronounced dead at the scene, police and the Cook County medical examiner’s office said. An autopsy found she died of multiple gunshot wounds, and her death was ruled a homicide.

A 26-year-old man was shot in the right leg, thigh and torso, police said. He was taken to the University of Chicago Medical Center, but his condition was not immediately known.

The other man, 32, was grazed on his left leg, according to police. He was taken to Northwestern Memorial Hospital in good condition.