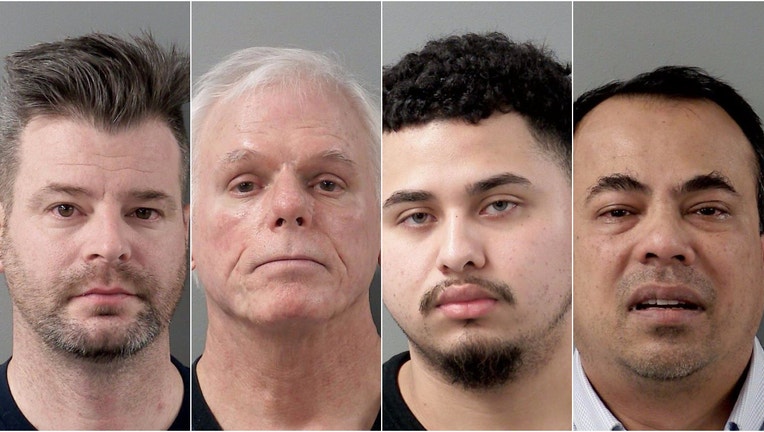 MCHENRY, Ill. - Four men have been arrested in McHenry County in an undercover sex trafficking sting.

The men were each charged with soliciting a sex act in Crystal Lake, the McHenry County state’s attorney’s office said Friday in a statement.

The undercover sting operation was part of the National Johns Suppression Initiative, spearheaded by Cook County Sheriff Tom Dart in 2011.

The arrests in Crystal Lake include:

In all, 451 people were arrested by 22 law enforcement agencies across the county, the state’s attorney’s office said.