The father of a Marine who was purposely pushed onto the Red Line train tracks in Chicago and died is sharing his son's story.

CHICAGO - The father of a Marine who was purposely pushed onto the Red Line train tracks in Chicago and died is sharing his son's story.

The father of Mamadou Balde says a group of people shoved his son onto the tracks after an altercation.

“What type of human being could do this to another human being? Throw him in front of a moving train? I just cannot,” dad said.

Balde served in the US Marine Corp. from 2008 to 2015, doing two tours in Afghanistan. He attended Lane Tech High School and as soon as he graduated, his father had him join the Marines.

Now, his father says he regrets that decision because his son came back with mental health issues.

“When he came back from Afghanistan the second time, he wasn’t my son. He was not the man I knew,” dad said. 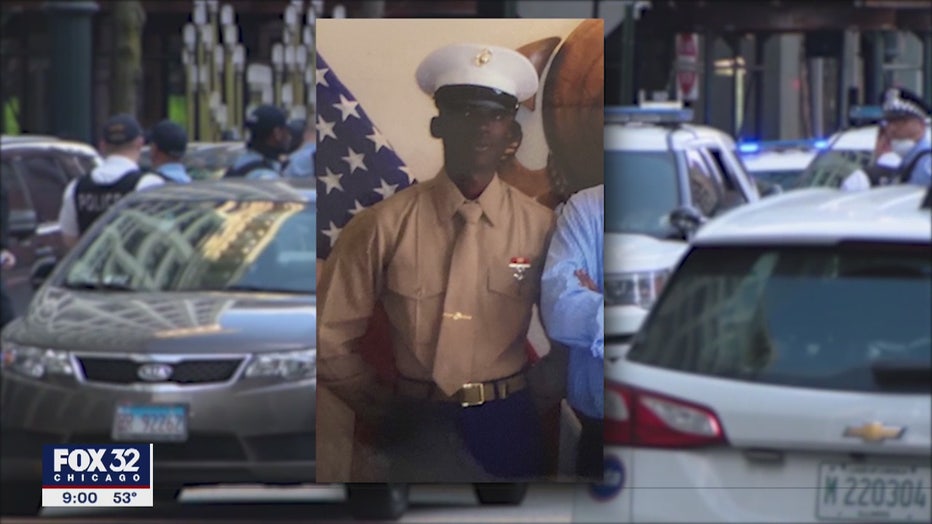 Balde was waiting to catch a train heading southbound at the Jackson Red Line stop at around 5:13 p.m. Tuesday when a group of three men approached him and one of them pushed Balde in front of a moving train.

“He was walking away from these people. He didn’t want any confrontation. They followed him and threw him in front of the coming train,” dad said.
The 29-year-old leaves behind his three siblings and his parents.

“They are all doing well. It was just him. He never got help,” dad said.

Mamadou’s father says detectives told him that CTA surveillance cameras will lead police to the suspects who committed this heinous killing.