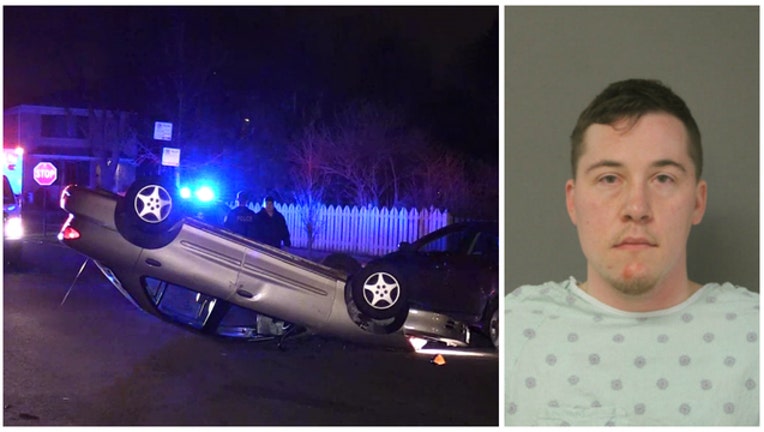 CHICAGO (SUN TIMES MEDIA WIRE) - A northwest suburban man has been charged with DUI after crashing his car early Monday in the Jefferson Park neighborhood on the Northwest Side.

Kyle Brandon Kotz, 24, of Hoffman Estates faces three misdemeanor counts of DUI, according to Chicago Police. He was also issued citations for operating a motor vehicle without insurance and negligent driving.

Kotz was driving a Chevrolet Cavalier in the 5000 block of North Long at 12:07 a.m. Monday when the car struck a parked vehicle, then flipped over onto its roof, police said.

He was taken to Saint Francis Hospital in Evanston with injuries that were not thought to be life-threatening, police said. No other injuries were reported.