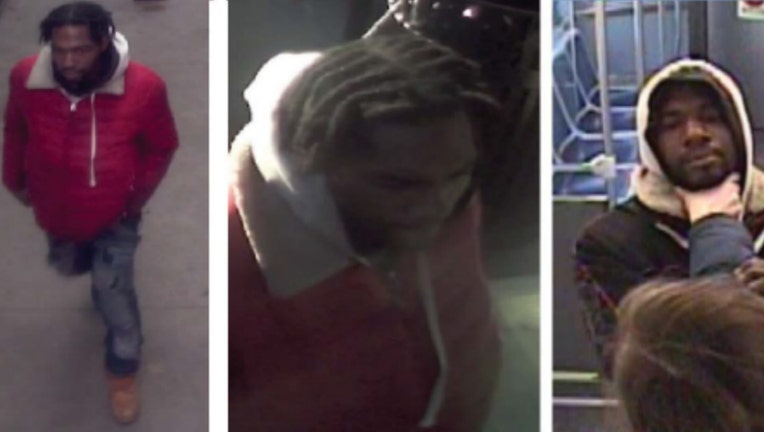 Images of a man police say is suspected of robbing and sexually assaulting a woman Jan. 2, 2020, on a Red Line train on the North Side. | Chicago police

CHICAGO - Police are looking to identify a man who allegedly sexually assaulted and robbed a woman Thursday on a Red Line train on the North Side.

The woman was riding a train about 9:57 a.m. northbound towards the Morse station when the man allegedly exposed himself to her, Chicago police said. He struck her several times as she tried to move to another train car.

He touched the 24-year-old inappropriately and demanded she perform an “inappropriate act,” police said. The man got off the train at Morse after taking her belongings.

He was described as 20 to 30 years old, standing 5-foot-8 to 5-foot-10 and weighing 150-180 pounds, police said. He was wearing a dark-colored jacket with a Chicago Bulls logo on the front and back, a white colored hoodie, stone washed blue jeans and brown work boots.