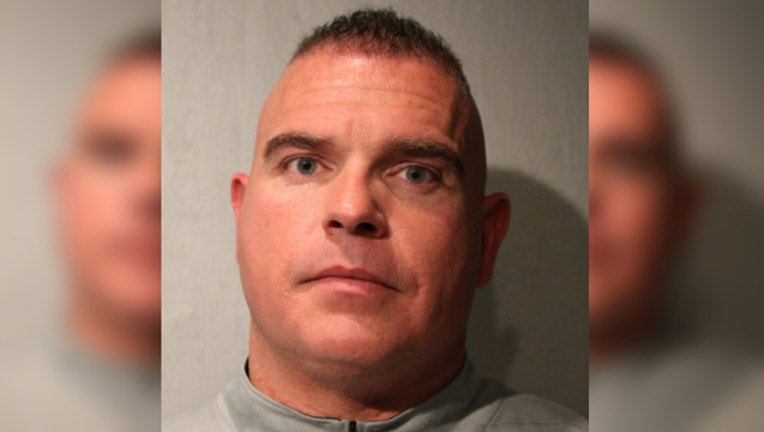 CHICAGO (Sun-Times Media Wire) - The chief of the Chicago Heights Park District Police Department has been charged with secretly recording sexual encounters with women and sharing the videos online.

Christian Daigre, 40, is charged with two felony counts of non-consensual dissemination of a private sexual image, two counts of intimidation and one count of possession of a controlled substance, all felonies, according to a statement from Chicago police. He turned himself in to authorities at 8:44 p.m. on Monday.

Daigre, who lives in the South Loop, is accused of disseminating “recordings of private encounters with women to social media without their knowledge or consent,” police said. He’s also accused of threatening a witness after the victims contacted police.

He was expected to appear in bond court on Wednesday.

Daigre is the chief of police for the Chicago Heights Park District Police Department, according to the department’s website.

Park District Supt. Frank Perez said the district was notified about “allegations of misconduct” against Daigre on Oct. 5.

“The Park District placed Chief Daigre on administrative leave and initiated an investigation into the allegations,” Perez said in a statement.