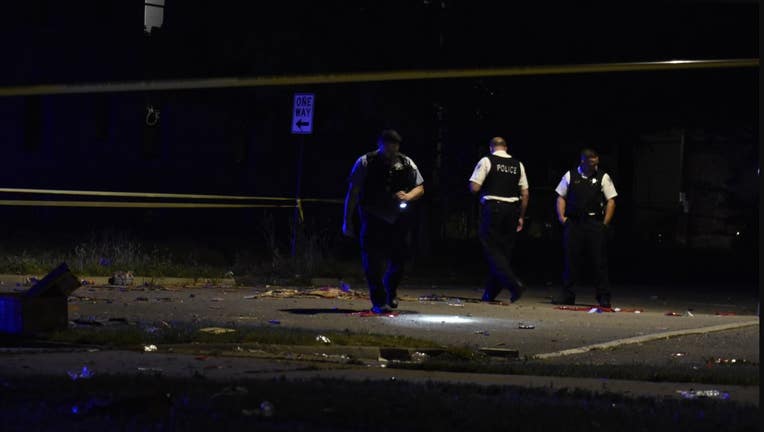 Chicago police investigate after six people were shot July 5, 2020, in the 1400 block of South Millard Avenue in Lawndale. | Carly Behm/Sun-Times

CHICAGO - Six people were shot, one of them fatally, when someone fired into a crowd that was setting off fireworks Sunday in Lawndale on the West Side.

The group was lighting fireworks on the sidewalk at 1:14 a.m. in the 1500 block of South Millard Avenue when a white vehicle approached and someone inside started shooting, according to Chicago police.

Thornella Grubbs, 28, was hit in the head and abdomen and taken to Mount Sinai Hospital, where she was pronounced dead, police and the Cook County medical examiner’s office said.

Debris from the fireworks littered the street as police investigated.

Police initially reported that eight victims had been shot in the incident. Further investigation revealed that six were shot on Millard while three other people were wounded in a separate incident less than 10 minutes later in the 1400 block of South Lawndale Avenue.

Less than two hours earlier, eight people were shot at a gathering in Englewood on the South Side. A 14-year-old boy was among four people killed, while two boys ages 11 and 15 were among the wounded.