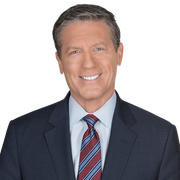 Corey McPherrin was born and raised in Chicago's south suburbs where he dreamed of one day becoming a sportscaster in his home town.

He started his broadcasting career in Davenport, Iowa in 1977. He also worked as a sports broadcaster in Quincy, Illinois, New Orleans and Atlanta.

While in Atlanta, McPherrin received an Emmy in 1984 as "Outstanding News Performer" in the state of Georgia. Before his return to Chicago, he served as the primary sportscaster at WABC-TV in New York for seven years (1984-91).

During his time in New York, McPherrin also contributed to ABC Sports as a college football play-by- play announcer and reporter for the sports anthology show, "Wide World of Sports."

McPherrin's earned five Emmy awards during his 16 years at FOX 32 Chicago. He is also a 1977 graduate of Butler University where he serves as a member of the school's board of trustees. 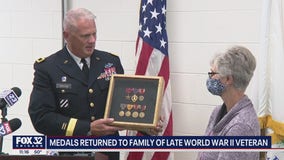 Homer Stanger’s family never even knew they existed. But it was clear Tuesday it was quite an honor to get them back. 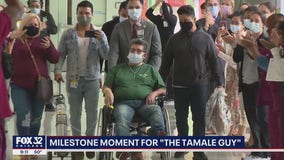 After more than a month in the hospital battling coronavirus, Chicago’s “Tamale Guy,” Claudio Velez has been released and cleared to go home. 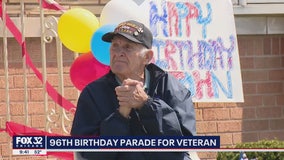 Birthdays might be harder to celebrate with family and friends these days, but John Ullinskey of west suburban Westchester may have had his best birthday ever.