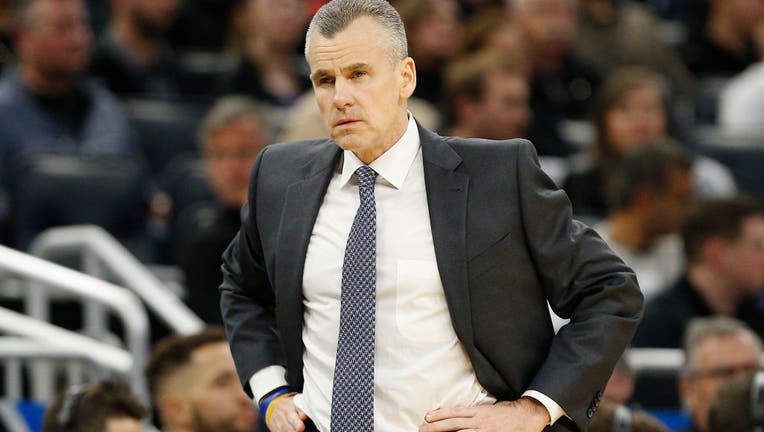 ORLANDO, FLORIDA - JANUARY 29: Head coach Billy Donovan of the Oklahoma City Thunder reacts against the Orlando Magic during the second half at Amway Center on January 29, 2019 in Orlando, Florida. NOTE TO USER: User expressly acknowledges and agrees

A standout player for Northwestern in the early 1980s, Umlauf joined the Bulls as an entry-level ticket representative in 1985. Hall of Fame general manager Jerry Krause shifted her to the basketball operations department soon afterward and she became Chicago’s first female assistant when she served as associate coach at the 2018 summer league.

One of the top coaching candidates on the market, Donovan was hired last month by new executive vice president of basketball operations Arturas Karnisovas. He replaced the fired Jim Boylen.

Donovan led Oklahoma City to a 243-157 record the past five seasons and reached the playoffs every year. Before his time with the Thunder, he coached for 19 seasons at the University of Florida, winning two NCAA titles.