Ford Motor Co. is recalling over 634,000 SUVs worldwide because a cracked fuel injector can spill fuel or leak vapors onto a hot engine and cause fires. 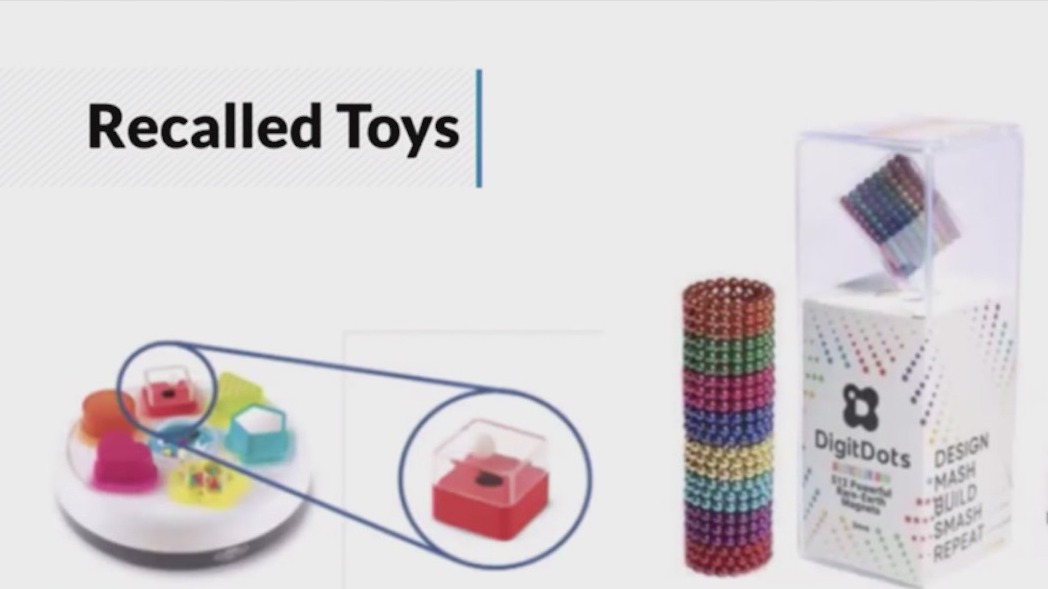 The annual "Trouble in Toyland" report says a number of dangerous recalled toys are still being sold through mainstream retailers of 16 toys recalled this year.

Consumers who purchased these pajamas are subject to a refund.

The automaker had reached out over 100 times.

The glitch can make taillights go off intermittently, increasing the risk of a collision.

"It is unsafe for your baby to sleep in a DockATot Deluxe+; immediately discontinue its use," CPSC Commissioner Richard Trumka said this week, citing multiple reports of infant deaths.

The recall covers certain 2021 Chevrolet Tahoes and Suburbans, as well as some GMC Yukons and Cadillac Escalades.

There have been five reported incidents relating to the recall.

Stellantis and the U.S. government are warning owners of 276,000 older vehicles to stop driving them after Takata air bags apparently exploded in three more vehicles, killing the drivers.

The FDA-recalled quinapril and hydrochlorothiazide tablets were shipped to customers nationwide in May 2021.

Kia Sportages from the 2008 and 2009 model years have been recalled for a second time due to fire risks. The auto company is telling car owners to park away from buildings and other cars until they determine the cause of the issue.

No other Nestlé Toll House products are included in recall.

Abbott says the baby formula products were made at its Columbus, Ohio facility.

The recalled e-bikes were sold at Amazon, eBay, Walmart and other retailers.

Behrmann Meat and Processing's various ready-to-eat meat products have been recalled, produced between July 7, 2022, to Sept. 9, 2022.

The dozens of items were stored improperly and are included in a massive recall from Family Dollar.

The earmuffs have batteries that can rupture and cause projectile or burn injuries.