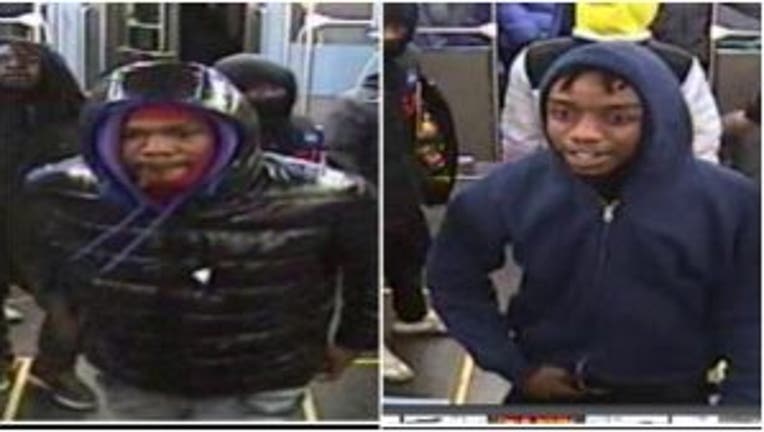 The incidents happened about 9 p.m. Sunday on a train in the 200 block of South State Street, Chicago police said.

The suspects took someone’s purse and then attacked another person on the same train car, police said.