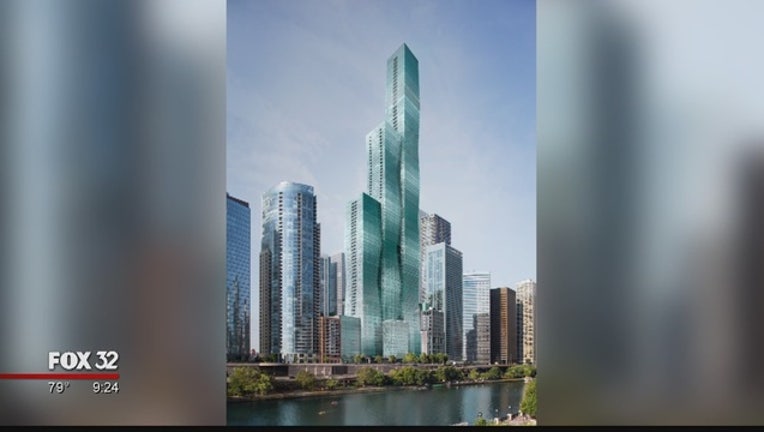 CHICAGO (Sun-Times Media Wire) - Two men were arrested Saturday after they were seen climbing Vista Tower in the Loop.

About 7:10 p.m. officers responded to reports of two people climbing the building at 363 E. Wacker Dr., which is still under construction, Chicago police said.

Vista Tower, designed by Chicago architect Jeanne Gang, will be the third largest building in the city when it is completed in 2020.

When the pair, both 28, returned to the ground, they were placed under arrest, police said.