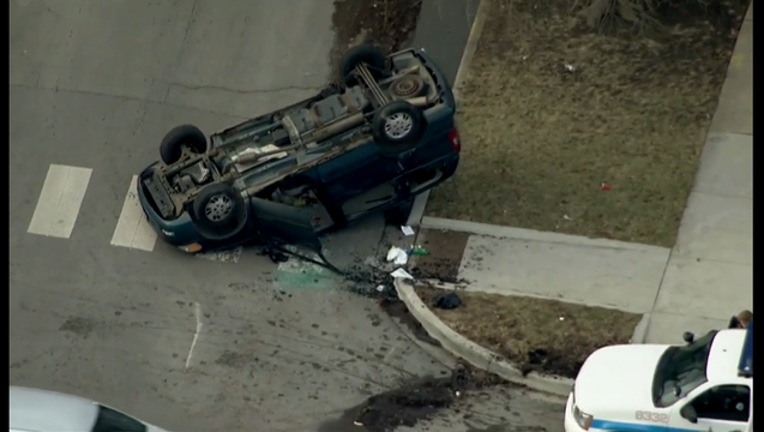 SUN-TIMES MEDIA WIRE - Three adults were seriously injured in a rollover crash Thursday afternoon in the Austin neighborhood on the West Side.

Firefighters responded to the two-vehicle crash about 3:50 p.m. at West Augusta Boulevard and North Lockwood Avenue, according to Fire Media Affairs Director Larry Langford. One of the vehicles rolled over during the crash.

Two people were taken to Mount Sinai Hospital and one was taken to Stroger Hospital, all in serious to critical condition, Langford said.