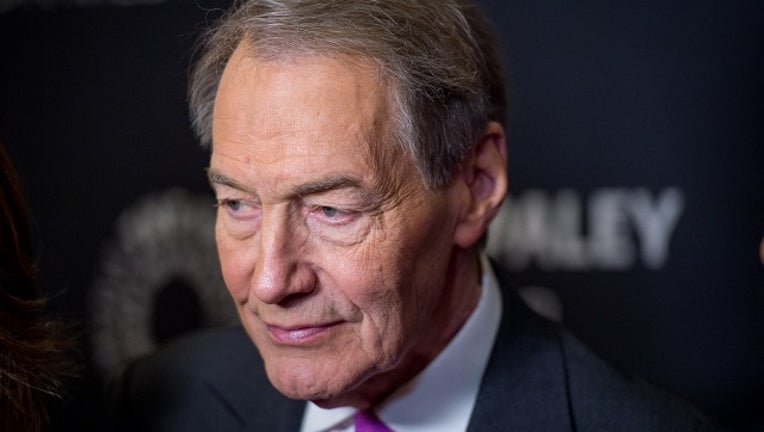 Charlie Rose attends The Paley Center for Media Presents: The News is Back: CBS This Morning And The Morning Landscape. ( (Photo by Roy Rochlin/Getty Images) )

Gina Riggi said in her harassment lawsuit filed Thursday that she worked for 22 years for Rose and Bloomberg, the company where his Manhattan studio was located. She lost her job in 2017 after Rose was fired by PBS and CBS News for sexual misconduct.

Her lawsuit seeks unspecified damages "and equitable relief for the harm she has endured," it says.

Riggi charges that Rose treated his studio as a sexual hunting ground for attractive young women. She says he groped and pawed female staff members, stared at their breasts, and dangled job prospects to wine and dine women.

"Far from being an advocate for their careers, Mr. Rose treated them as sexual targets, using his power and influence to serve his personal desires," Riggi says in the lawsuit.

His attorney, Jonathan Bach, did not immediately return messages seeking comment. But he told Variety that Rose denied the charges and would vigorously contest them. The lawsuit was inconsistent with friendly messages that Riggi had sent to Rose, he said.

Riggi said Rose would demean and humiliate women who rejected him and once swatted at her. Many women who were shaken by encounters by Rose would use her makeup room as a refuge, she said.