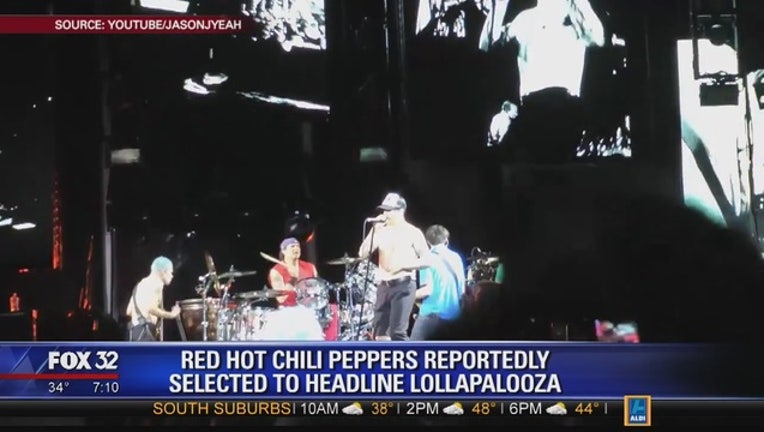 CHICAGO (FOX 32 News) - If you're looking for something else to look forward to Lollapalooza will be here before you know it and it looks like some familiar faces will be headlining this year.

According to Consequence of Sound, the Red Hot Chili Peppers will be back as headliners for a fourth time. The site says that's a record.

LCD Soundsystem will also reportedly be a headliner as well as Radiohead, for the second time.

This year is the first time Lollapalooza will be four days and 4-day passes go on sale next Tuesday.

The full festival lineup hasn’t been revealed yet but it is expected to be released when tickets go on sale.

The festival is happening July 28-31 in Grant Park.