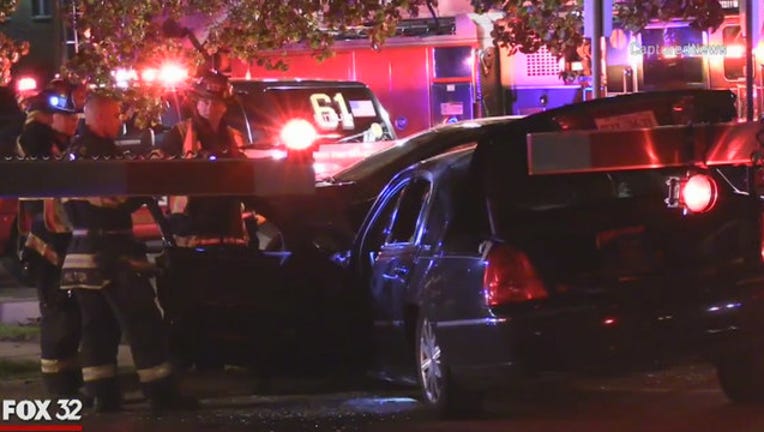 The 60-year-old man was driving south on Graceland Avenue when he made a left turn onto the tracks and got stuck about 40 feet onto the tracks about 1:45 a.m., according to Des Plaines Police Chief Bill Kushner.

The conductor of the northbound train said he saw the vehicle’s headlights on the tracks, hit the emergency brake and slowed to about 15 miles per hour before the impact, Kushner said. The vehicle was pushed about 60 feet from the tracks and stopped at Graceland and Oakwood avenues.

He suffered a large cut to his head but was conscious at the scene and talking to officers, though the reason for the crash remains unknown, Kushner said.

The railroad checked the train and tracks for safety, Kushner said.