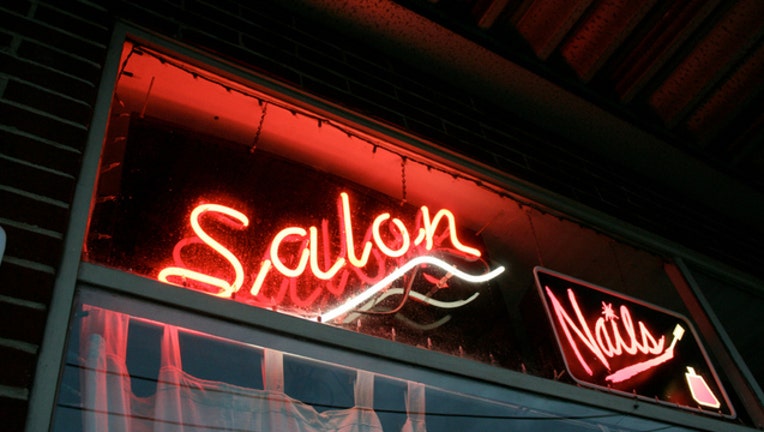 SPRINGFIELD, Ill. (AP) - If you get your nails done at a salon or have your lawn mulched next spring, the service could be taxed under a plan Illinois lawmakers are considering to help fill a multibillion-dollar hole in the state budget.

The idea comes as part of a proposal to increase state revenue tied to a Senate compromise intended to break the state’s two-year stalemate over an annual spending plan. The “grand bargain” stalled last month before the revenue measure came to a vote.

But lawmakers say they’ll keep working on the plan.

The provision would tax eight service categories at the same 6.25 percent rate applied to most sales in Illinois. These newly taxable services constitute the second-largest source of annual funding in the proposal after the revenue bill’s income tax increase.
Here’s what the sales tax expansion would do:

LAGGING BEHIND ITS NEIGHBORS

Illinois has one of the narrowest tax bases in the nation — a potential problem for a state that, according to the Commission on Government Forecasting and Accountability, is more dependent on services than any of its Great Lakes neighbors.

The commission reports that Illinois taxes only 17 services compared to a national average of 56. And 12 of those come from public utilities levied under separate statutes such as the gas tax. Sales taxes do apply to five services including photo processing and car rentals. But that total puts Illinois behind all other surrounding states.

She said Wisconsin — a Republican-led state that applies a sales tax to 16 service categories — served as a model to help build bipartisan support. Republican Gov. Bruce Rauner has said he is open to mirroring Wisconsin’s model.

Hutchinson contends rolling out service taxes will allow Illinois to catch up with a modern, service-based economy.

BUILDING A BROADER TAX BASE

Hutchinson’s proposal would tax the use of storage space, including parking garages and boat docks; repairs and maintenance of personal property such as cars; landscaping services such as sprinkler installation and snow removal; dry-cleaning; cable TV, satellite and digital streaming services; pest control; use of a private detective or installation of a home security system; and personal care, ranging from tanning to tattooing but not including hairstyling. Some states tax other major services such as internet access and gym memberships. Illinois would not.

Taxing these services was originally projected to bring in $360 million per year, but an adjusted estimate now places that number at $291 million — a smaller piece of the $6 billion puzzle Hutchinson’s revenue bill must complete to help balance the budget.
Tom Johnson, president emeritus of the Taxpayers’ Federation of Illinois, said taxing services is a commonsense place to start because it targets purchases made most often by those with more disposable income.

“Adding services to a sales tax base will always make the tax less regressive,” Johnson said.

THE PROS AND CONS

Hutchinson says lawmakers are past due for a frank conversation on raising revenue as social service providers and universities await state funds and Illinois’ budget deficit grows by $11 million each day.

“Nobody can balance the budget on only one side of the books,” she said.
But Illinois Chamber of Commerce President Todd Maisch questions the practice of targeting selected services for taxation.

“Every taxpayer should be very concerned when state government decides to pick winners and losers,” he said, adding that the tax would make small businesses less productive and crimp employee earnings.

Daniel Swaar, a 30-year-old landscaping business owner in Mason City, Illinois, heard about the proposed tax last month. He said it would mean pay cuts and longer hours for him and his twin brother, who co-owns and operates the business, because area homeowners cannot afford to pay higher prices.

“If we did that, we’d start losing business,” he said.