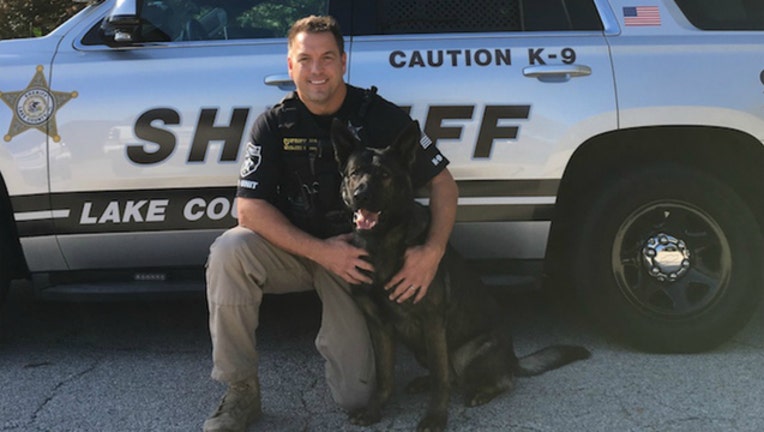 The 41-year-old man had walked away from his home in the 10800 block of West Fairbanks Drive about 1:40 a.m. wearing only his underwear, according to the Lake County sheriff’s office. He was described as in mental distress and intoxicated.

Deputy John Forlenza and K-9 Dax tracked the missing man’s scent from his home, and after about a quarter-mile, Dax found the man in ditch.

He was lying facedown, covered in mud and heavy brush, according to the sheriff’s office. He was initially unresponsive, but a waiting ambulance took him to a hospital for a mental health evaluation.

It was the second time in less than a month that a sheriff’s canine team found and saved a person in mental distress, according to the sheriff’s office.