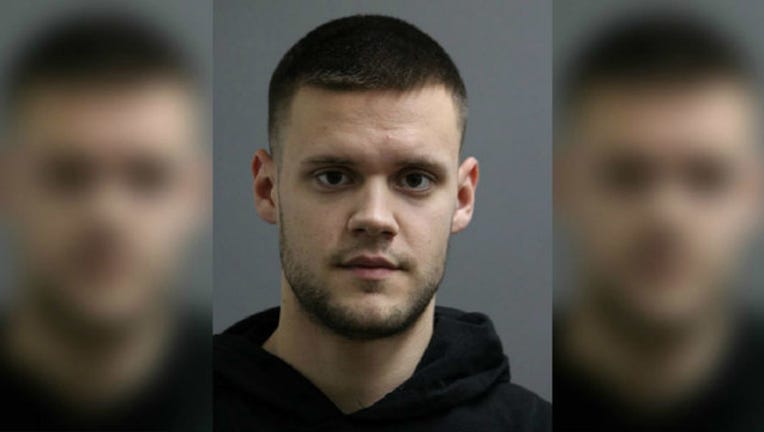 RIVERSIDE (Sun-Times Media Wire) - A man was charged early Tuesday morning with driving under the influence of Xanax and marijuana in west suburban Riverside, but thought he was in Canada during the time of his arrest.

An officer on patrol at 4:26 a.m. spotted a 2011 Mitsubishi convertible speeding northbound on Harlem Avenue from East Burlington Street, according to a statement from Riverside police.

The convertible was weaving in and out of traffic while going 70 mph in a 30 mph zone, police said. The officer stopped the driver, identified as 20-year-old Ibrahim Hodzic, on Ogden and Hass avenues.

The officer detected a strong scent of marijuana coming from inside the car and asked Hodzic to get out, police said. He then stumbled onto the street and failed a sobriety test.

Hodzic told the officer he had taken Xanax and smoked marijuana before driving, police said. Hodzic believed he was in Canada at the time of his arrest.

Hodzic, of Forest Park, was charged with two counts of drugged driving, felony possession of a controlled substance, aggravated speeding, illegal lane usage and possession of cannabis, police said. The passenger in the car, Josephine Colantonio, 20, of Melrose Park, was cited for cannabis possession.