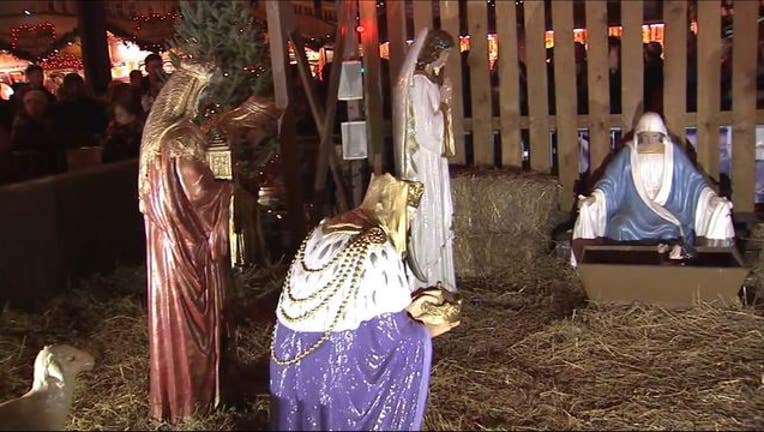 CHICAGO (Fox 32 News) The nativity scene is once again up at Daley Plaza in Chicago.

This is the 33rd year that the public plaza has hosted baby Jesus in the manger.

The display will be there through Dec. 30.

The nativity scene has a long and tangled history in Chicago. Originally, the nativity was in the lobby of Chicago's City Hall. But in the mid-1980s, the American Jewish Congres sued the city and won.

The nativity was then erected in Daley Plaza, which supporters describe as "public property long used as a venue for expression of free speech including political demonstrations." Government employees were sent to take it down. The case went to court, and a judge ruled that the nativity was an example of religious freedom and could not be curtailed.