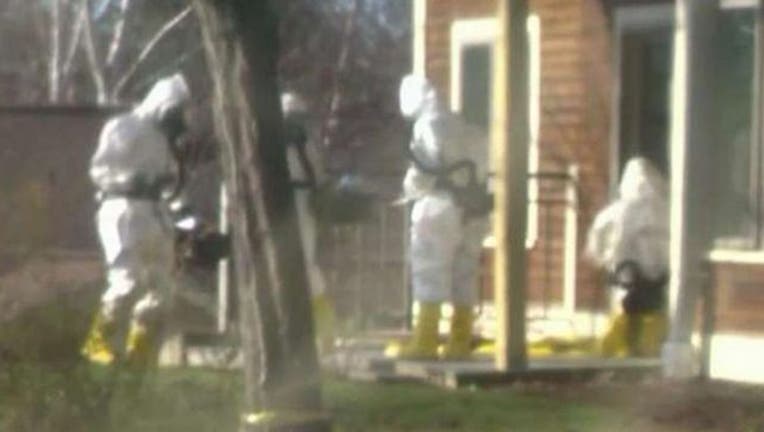 (FoxNews.com) - A 70-year-old retiree in Vermont made ricin and tested the deadly toxin on her retirement home neighbors by putting it in their food or beverages, federal officials said Friday.

Betty Miller, of Shelburne, told FBI agents she wanted to test the poison’s effectiveness on other residents at the Wake Robin senior living facility before using it on herself, federal court documents said.

She said she wanted to “injure herself.”

Authorities were called to the senior community on Tuesday after Miller told health care providers she had manufactured about 2-3 tablespoons of the powder and placed it in multiple services of food and beverages over a period of weeks.

She added that she found instructions online and then used 30 to 40 castor beans from plants growing on the property to make the ricin.

Investigators said they found the ricin in a pill bottle half-filled with powder and labeled 'ricin.' That bottle was sitting in a basket placed in a kitchen cabinet of Miller’s apartment and placed amidst other pill bottles, investigators said. The powder tested positive for ricin.

Miller was charged with processing a biological weapon. A federal public defender did not immediately return a phone call seeking comment.

If inhaled, ricin causes difficulty breathing and other symptoms. If ingested, symptoms include vomiting, diarrhea, hallucinations and seizures. Initial symptoms of ricin poisoning are most likely to occur within four to 10 hours of exposure.