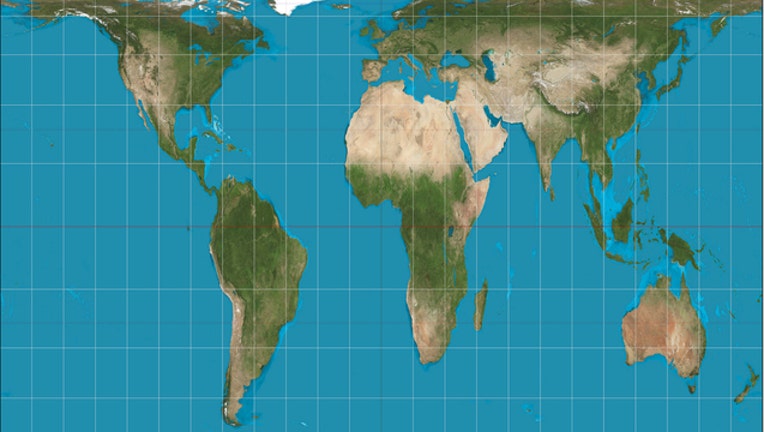 BOSTON - BOSTON (Fox 32 News) - Schoolchildren in Boston have started using a new world map, one that shrinks the United States and Europe and makes South America and Africa appear bigger.

The maps are called "Peters" maps. They look quite different from "Mercator" projection maps, which have been used for almost 500 years.

On a "Peters" map, the United States and Europe look much smaller. South America and Africa look longer and are bigger. Proponents say "Peters" maps are a more accurate representation of the world.

Boston Public Schools are the first in the United States to adopt the new maps, The Guardian reported.