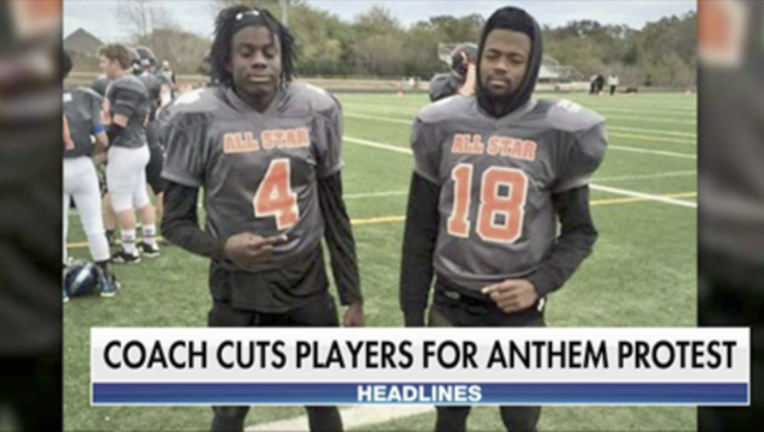 (FoxNews.com) - Two Texas teens were thrown off their high school football team after they knelt in protest for the national anthem.

Their coach, military veteran Ronnie Ray Mitchem, warned the boys of the consequences when they told him their plan to protest.

"There is a proper time to do something in a proper way," Mitchem told ABC's KTRK.

"I want this put on here," Mitchem told the interviewer. "I have nothing against those young men. I love them."

In the aftermath, Cedric Ingram-Lewis and Larry McCullough from Victory & Praise Christian Academy in Crosby, Texas said they were happy about the publicity their protest got.

Mitchem has stopped watching NFL games due to the players' protests of the national anthem, meant to raise awareness for what they see as systemic racism in America.

"As a veteran I have a strong view of what I feel is disrespectful."