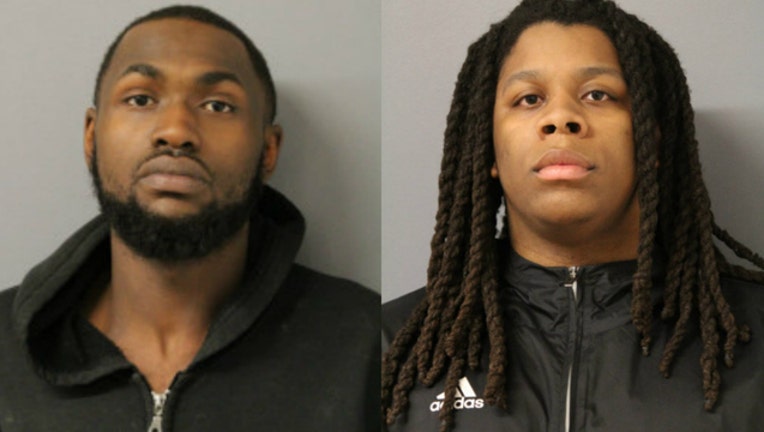 Keshaun A. Bullock, 27, and Ashawn L. Jones, 22, both face a felony charge of unlawful possession of stolen cards after they were taken into custody about 10:30 a.m. at the Riverside Post Office, 45 E. Burlington St., according to a statement from Riverside police.

The two, of the West Side Lawndale neighborhood, have allegedly stolen credit cards from homes and vehicles in Chicago. They used names on the cards to forge IDs and set up fake bank accounts, police said.

That Thursday, Bullock, Jones and a third male went into the post office to purchase a $995 money order with the stolen cards and IDs, police said. An employee took note and called police to report suspicious activity.

The trio realized they were in trouble and ran toward the parking lot, but they were stopped by police as they burst past the door, police said. Officers also found Jones’ semi-automatic pistol in the 2017 BMW the three had driven to the post office.

Jones has a valid Firearm Owners Identification Card and concealed-carry license, but Riverside police have filed to have both revoked because the weapon was within arms’ reach when they arrived at the post office, police said.

Jones and Bullock used vehicles from the car-sharing app Turo during the alleged crimes, police said. The owners who rented to them were not believed to be involved.