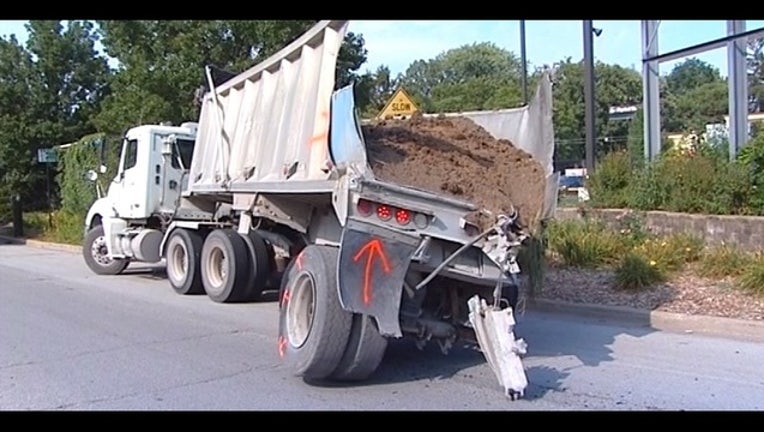 An Amtrak train clipped a dumptruck Friday afternoon on the Northwest Side. | Network Video Productions

CHICAGO (STMW) - Two people suffered minor injuries when a dump truck hit an Amtrak train Friday afternoon in the Edgebrook neighborhood on the Northwest Side.

The truck struck the inbound Hiawatha train en route to Milwaukee at 2:11 p.m. on a crossing at Devon and Caldwell, Atrak spokeswoman Christina Leeds.

Two people on the train were taken to hospitals with minor back and neck injuries, Chicago Fire Department spokesman Juan Reyes told reporters at the scene. Leeds said there were 197 passengers on the train.

The truck driver declined medical treatment, as did another train passenger who suffered a brief asthma attack, Reyes said.

Crews cleared the scene and the train continued its route downtown about 4 p.m., officials said.

Routes on trains 337 and 340 have been cancelled for the day, officials said.