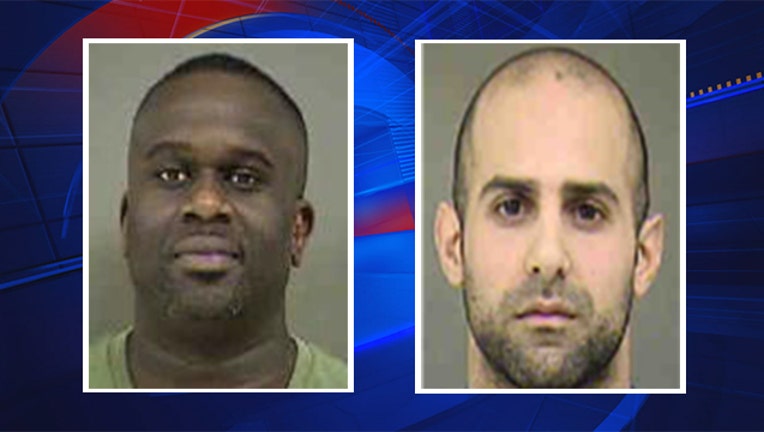 CHARLOTTE, NC (FOX 46 WJZY) - Two Charlotte residents have been charged with manufacturing and possessing a weapon of mass destruction, according to the Charlotte-Mecklenburg Police Department.

CMPD detectives in the special investigations unit, the arson unit and the bomb squad are working with the FBI to investigate the two individuals.

Around 10:30 a.m., CMPD officers responded to 315 Minitree Ln. in response to reports of a person in possession of a homemade explosive device. CMPD bomb squad also responded and confirmed that the suspect did in fact have a homemade pipe bomb.

During the investigation, police determined that Fells  had made the device. He admitted to building the bomb with the intent to use it against a neighbor he had been fighting with, but that he then changed his mind and gave it away instead.

Fells gave the device to Dandan, a full-time employee of the Federal Aviation Administration working out of the Charlotte Douglas International Airport.

The Charlotte Douglas Airport has released the following statement regarding this incident:

The FAA employee only had access to the offsite Air Traffic Control Tower and had no access to the restricted areas of the terminal or ramp.  He did not have access to any aircraft at the Airport.

The FAA has also released the following statement:

The FAA has terminated the employee's access to the facility and is cooperating with law enforcement authorities.

No one was injured and both suspects are in custody.