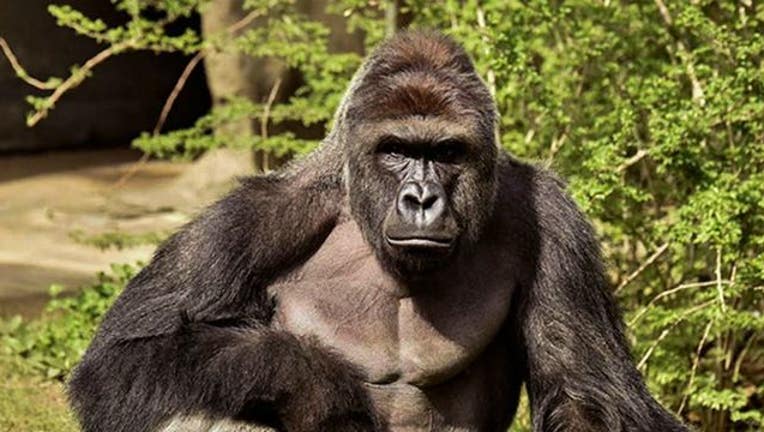 CINCINNATI (AP) -- A new gorilla is making himself at home at the Cincinnati Zoo.

He's the first gorilla added to the exhibit since the 2016 death of Harambe, who was killed by zoo officials after a 3-year-old boy climbed into his enclosure. Harambe's death inspired global mourning, criticism and satire.

Mshindi will be introduced to the Cincinnati Zoo's two female gorillas, Chewie and Mara, after becoming acclimated to his new surroundings.

The exhibit will close Oct. 3 for renovations.