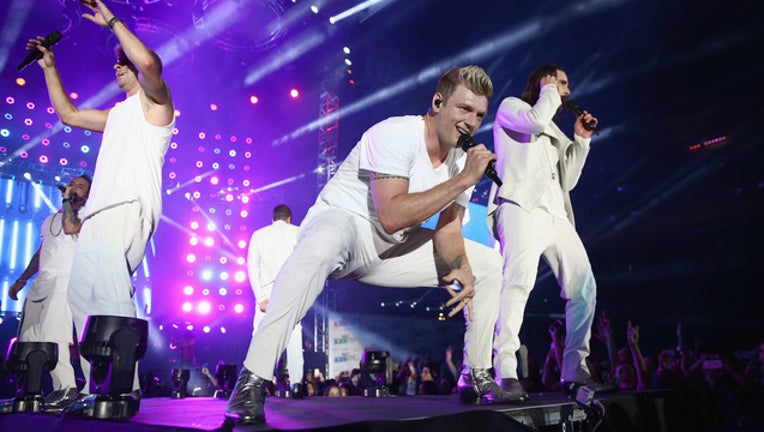 (Fox News) - A former singer has accused Backstreet Boys member Nick Carter of sexually assaulting her about 15 years ago while they were filming a movie called “The Hallow.”

Melissa Schuman published the post on her personal blog, Melissa Explains It All, on Saturday. She claims that Carter took her into a bedroom and assaulted her.

Schuman, who performed with a group called Dream, said she didn’t speak out at the time because she feared for her career.

The account is descriptive. She writes that she has “religious conservative Christian values” and it was widely known at the time that she was a virgin. The two were listening to Carter’s new music when she said they started to kiss.

She writes: “After kissing for a moment, he took my hand and brought me into the bathroom adjacent to his office. He shut the door and we continued to kiss. I asked him what we were doing in there. He didn’t respond and continued to kiss me.

"He then pick me up, put me on the bathroom counter and started to unbutton my pants. I told him I didn’t want to go any further,” she writes. “He didn’t listen. He didn’t care.”

She alleges that Carter told her that he could be her husband and then he allegedly raped her.

“It was done. The one thing I had held as a virtue had been ruined,” she writes.

“I went limp, turned my head to my left and decided I would just go to sleep now. I wanted to believe it was some sort of nightmare I was dreaming up.”

US Weekly reported that Carter has yet to comment on Schuman’s allegations.

“I feel I have an obligation now to come forward with the hope and intention to inspire and encourage other victims to tell their story. We are stronger in numbers. If you are reading this and you have been assaulted, know you don’t have to be silent and you are not alone. I know it’s scary. I’m scared.”