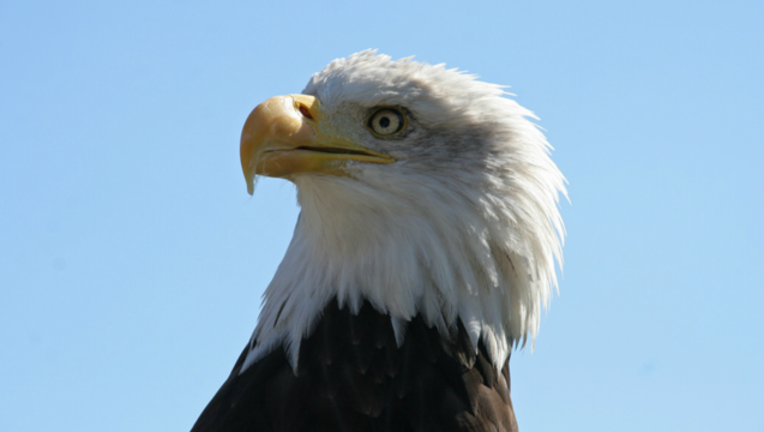 LOS ANGELES (AP) - A bald eagle has soared to freedom at Dodger Stadium on the Fourth of July.

The male eagle was supposed to fly from the top of the stadium down to its handler Monday as part of the pregame festivities for Independence Day.

Instead, the liberty-loving bird flew right on past its handler on the outfield grass and continued over the center field fence.

It disappeared from view, prompting rumbles of laughter and concern from baseball fans.

The eagle was one of a pair from the Los Angeles Zoo, which has sent eagles to Chavez Ravine for pregame flights in the past.

A few innings into the Dodgers' game against the Baltimore Orioles, the team announced the eagle had been located and was headed back to the zoo with its handler.