WEST PEORIA, Ill. - The King of Rock n’ Roll is back in the building.

An Elvis Presley bust that was swiped from a central Illinois bar has been returned after the story of its theft attracted international attention.

Employees at Jimmy’s Bar found the missing bust Thursday night sitting on a porch outside the West Peoria saloon, the Peoria Journal Star reported. The theft had been discovered Sunday morning.

"He’s back!" pub owner Jimmy Spears said early Friday, attributing the bust’s return to the widespread attention its theft had attracted. On Wednesday, the bar’s Facebook page had made an appeal for its return: "No questions asked."

Spears said he was considering ways to improve security for the bust, but for now it’s back in its familiar position overlooking the saloon and greeting customers from atop the center of its long bar. 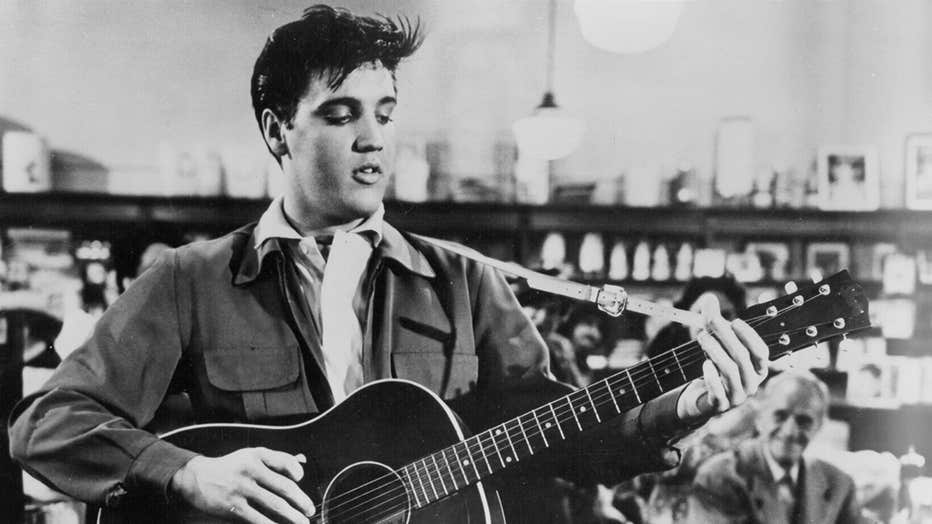 Rock and roll singer Elvis Presley in a movie still circa 1957. Recently, a bust of the singer was stolen from a saloon in Illinois. (Michael Ochs Archives/Getty Images)

Spears, the bar’s owner for 39 years, said his niece bought the bust about 15 years ago at a garage sale for $20, and it soon became the business’ bar-top mascot.