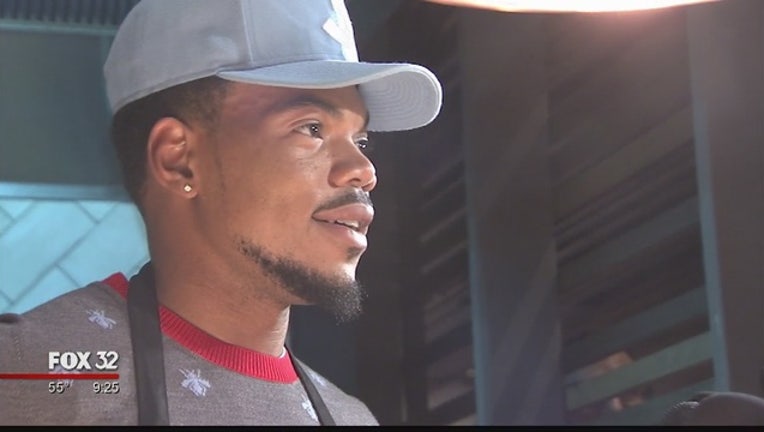 CHICAGO (SUN TIMES MEDIA WIRE) - Chance the Rapper has been sued for alleged copyright infringement by a New York lawyer and jazz musician who claims he wrote the music included by Chicago’s rising star in the song “Windows.”

Abdul Wali Muhammad, formerly known as Eric P. Saunders, filed his lawsuit Tuesday in federal court in Chicago, the Chicago Sun-Times is reporting. The eight-page complaint describes Muhammad as a jazz musician and composer who has performed with several musical artists and now practices criminal and civil rights law in New York.

The lawsuit also claims Muhammad composed the song “Bridge Through Time” and first registered the copyright for the composition on May 21, 1979. He is asking a federal judge to order Chance, or anyone working with him, to stop “copying, distributing, performing, selling or offering to sell Chance’s song ‘Windows.'”

A lawyer for Chance the Rapper, whose real name is Chancelor Bennett, did not immediately respond to requests for comment.

“Chance’s copyright infringement was willful,” the lawsuit alleges. “Chance knew that he did not have permission to use any part of Muhammad’s copyrighted song, yet he used a significant portion of ‘Bridge Through Time’ in his song ‘Windows.’ Chance also distributed his song ‘Windows’ knowing of the infringement, or acting in willful disregard for whether the song was the subject of the copyright.”

The lawsuit, filed on Muhammad’s behalf by Mark Roth of Roth Fioretti LLC in Chicago, claims Muhammad first became aware in April of the alleged copyright infringement. It indicates his attorney contacted Chance’s lawyers in May and asked the rapper to “cease further infringement of the copyright.”