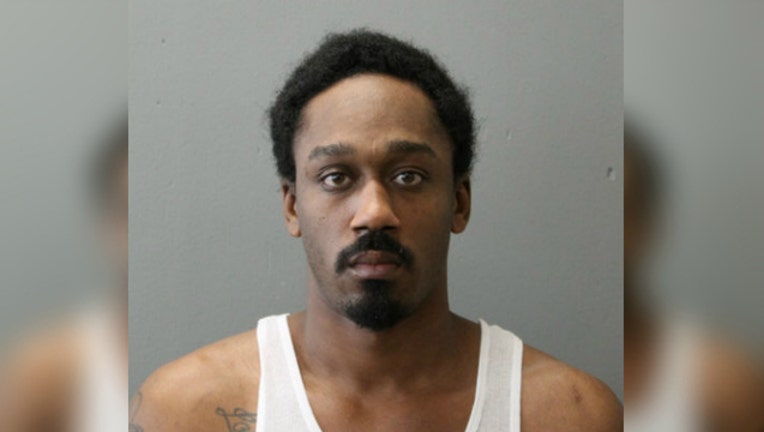 SUN-TIMES MEDIA WIRE - A survivor of a brutal South Side home invasion that left four people dead told investigators he listened to one of the victims beg for his life, prosecutors said Thursday.

Lionel Parks and a second man killed four people and wounded two others in a botched robbery of a drug dealer on Dec. 17, prosecutors said during a hearing Wednesday at Cook County Criminal Court. Parks was ordered held without bail on four counts of first-degree murder and two counts of attempted murder.

Parks, 29, had visited Elijah Jackson’s home in the 100 block of West 105th Street twice on Dec. 17, chatting with Jackson and smoking marijuana with him, Assistant State’s Attorney Ed Murillo said.

When he returned a third time that day, Parks and an unnamed friend were armed with handguns and forced their way inside the house. The pair ordered the occupants to lay facedown on the floor as they ransacked the house for guns and drugs.

But Thompson’s 22-year-old nephew survived, playing dead as he lay on the floor beside his uncle. The nephew listened as Elijah Jackson pleaded with Parks, whom he had introduced earlier by the nickname “Froggy,” Murillo said.

“Froggy, don’t do this to me! Don’t hurt my family! You don’t have to do this, Froggy,” Murillo said, reading from a court document.

The nephew said Jackson and the other gunman had demanded cash and drugs, and ordered the residents to take off their clothes and hand over any cash or phones. When they found Shacora Jackson’s 22-year-old daughter in a bedroom at the rear of the house with a cellphone, Murillo said, Parks and the other man became “agitated.”

Thompson’s nephew, laying face down on the floor, listened as the two men began shooting the people next to him. The 22-year-old played dead, then climbed out a window after Parks and the other man left. Wearing only his socks and shorts, the nephew shouted to neighbors to call police.

Police arrived to find Hines, Thompson, and Elijah Jackson dead, with gunshot wounds to the back of their heads. Shacora Jackson, who was pregnant, lay dead at the bottom of the front steps of the house. Shacora’s 18-year-old daughter suffered gunshot wounds to the head, hand and thigh that have left her in a coma since the attack, Murillo said.

Parks, wearing a black hooded sweatshirt and sweat pants, scowled as he was led before Judge James Brown for a bail hearing Monday at the Leighton Criminal Courthouse. He stood, impassive, as Murillo read an account of the killings.

After the hearing, Elijah and Shacora Jackson’s brother, Gershon, said it was painful to hear the story of their loved ones’ final moments.

“It was very difficult, it takes you back to that space,” Gershon Jackson said, standing beside a half-dozen relatives. “To hear your family suffer like that. It’s very uncomfortable . . . very hurtful for my family, but today is the first step of bringing closure. . . . We have to put our faith in the judicial system.”

Parks had been on parole and was wearing a state Department of Corrections ankle monitor at the time of the shootings. DOC records showed Parks had left the address he had listed as his residence four times on Dec. 17, including during the hours when the shootings took place.

Parks had listed his address at a house a few blocks away, where police recovered 9 mm shells that were the same brand as those used in the killings. Parks’ cellphone also showed he was near the Jacksons’ house when the shooting occurred.

Surveillance cameras showed him leaving his house shortly before the murders, and returning shortly afterward, walking with another person and carrying a large bag, Murillo said. Another camera showed what appears to be Parks’ vehicle driving near the Jacksons’ house before and after the killings.