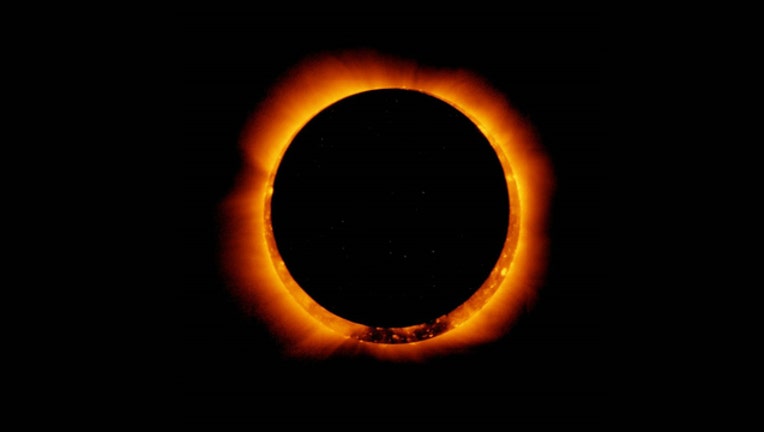 (FOX 32 News) There's going to be a solar eclipse on Sunday morning, but we will not get to see it in North America.

The annular eclipse will be visible from Chile to Argentina to the African countries of Angola, Zambia, and the Congo.

The eclipse will start shortly after 6 a.m. CT.

Don't be disappointed if you're in the Northern Hemisphere and won't get to see this eclipse. There will be an eclipse visible on August 21 across the United States. At the best viewing points, the moon will block the sun for almost three minutes. NASA has an entire website devoted to the August eclipse; learn more at eclipse2017.nasa.gov.