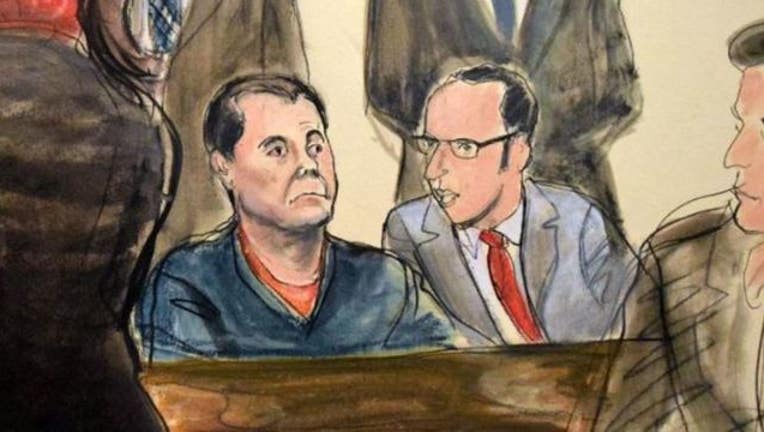 (FoxNews.com) - The U.S. lawyers for Mexican drug lord Joaquin “El Chapo” Guzman have filed a motion requesting their notorious client be moved to a general population prison, claiming his isolated life inside a lockup known as the “Guantanamo of New York” is taking a toll on his physical and mental health.

The documents filed Monday by court-appointed attorneys describe a life with no sunlight, no phone calls and no TV at Unit 10 South of the Metropolitan Correctional Center, CNN reported.

Since he was moved there shortly after his deportation from Mexico on Jan. 19, his lawyers say, his human contact has been limited to a priest - twice - and his U.S. attorneys. He communicates with his guards mostly with hand gestures, according to the court documents.

The 59-year-old former head of the Sinaloa Cartel spends 23 hours a day in a windowless 20-by-12-foot cell and one hour in a nearby – also windowless – room equipped with a treadmill and a stationary bicycle.

His lawyers say he gets a glimpse of sunlight only through a small window located in the hallway connecting both cells.

"On the weekends he is confined 24 hours a day and not permitted any exercise," the motion reads. "His meals are passed through a slot in the door; he eats alone. The light is always on. With erratic air-conditioning, he has often lacked enough warm clothing to avoid shivering."

No trial date has been set yet for Guzman, who faces life in prison in six separate indictments across the United States. He has pleaded not guilty to charges he ran one of the world's biggest drug-trafficking operations.