FOX 32 NEWS - Fans of a popular cafe in Pilsen are chipping in to help after a string of burglaries.

The crimes are especially painful because some of the cash stolen had a very special purpose.

“When it happens to you, it shakes you a little,” said café owner Salvador Corona.

Being burglarized CAN shake you up, and Salvador Corona and his wife Diana have been shaken up not once, but three times in recent months. They own the La Catrina Cafe in Pilsen. Burglars busted in through a rear window once in December, then last Friday, and again on Monday. They stole the electronic notepads used to take orders, and about $1200 in cash.

Diana Corona/owner:  “It's very invasive because we don't have that peace of mind about what's going to happen tomorrow. Same thing, like are we going to wake up and here that we got robbed again?” said café owner Diana Corona.

The Corona's were especially upset that when the burglars hit for a third time, they made off with a small box of cash that they had put aside for their granddaughter's education.

“It was really hard to find, but they found the box and they took it,” Diana said.

Olivia Cisneros is too young to know what's going on, but someday she'll hear how her father Gabriel, a promising artist, died of a heroin overdose, and his parents began selling his artwork to produce dollars for her college education. And then, that cash was stolen by some burglars.

Gabriel's artwork is displayed in a special room at the cafe, where his parents remind their customers of how drugs can take a life.

“He had a good future. But everything went away once that happened. So that's what we're trying to do, just give awareness to younger kids,” Salvador said.

The family's friends have set up a GoFundMe page to help the cafe's owners replace the electronics that were stolen and install a better security system. After just two days, it's raised over $5200.

The cafe's owners had a security system installed after one of the earlier burglaries. Now, they admit, they might need an upgrade. 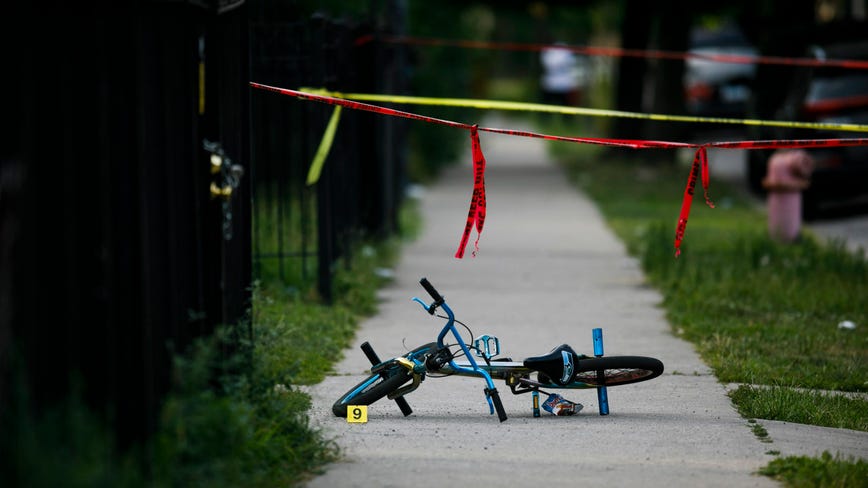