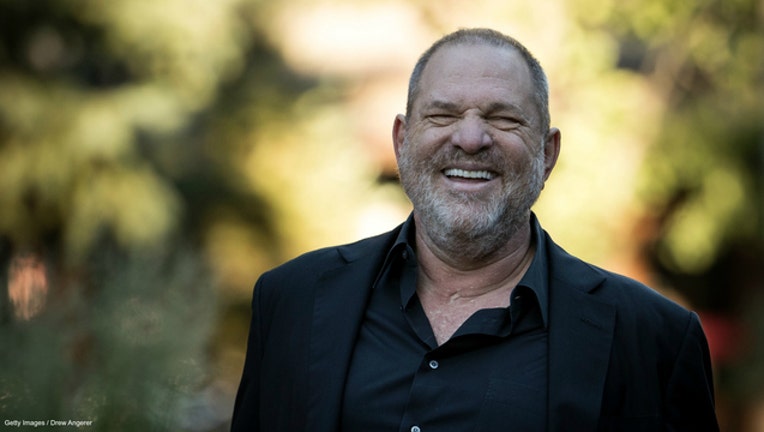 LOS ANGELES (AP) - They waited years to speak, but two of Hollywood's most powerful women might have helped seal the fate of Harvey Weinstein.

Both Gwyneth Paltrow and Angelina Jolie added their first-person accounts of uncomfortable experiences with Weinstein to the ever-growing list of accusations against the movie mogul from women alleging decades of systematic sexual harassment and assault. The accusers have come from everywhere - actresses you've heard of, actresses you haven't, models, assistants, employees, a reporter and young women who found themselves in the orbit of the powerful executive.

But, as the story often goes, no one expected it to go this high.

Speaking to The New York Times, in the paper's second round of Weinstein exposés, Paltrow describes a now familiar-sounding scene of her at age 22 being asked to meet Weinstein, who had just cast her as the title character in the adaptation of Jane Austen's "Emma." She was summoned to Weinstein's hotel room, where he proceeded to touch her and suggest a massage in the bedroom.

Jolie also remembered Weinstein making advances in a hotel room early in her career. She never worked with him again.

The damning accounts came just hours after The New Yorker published its own explosive investigation into Weinstein's conduct that included three accusations of rape: One from Italian actress and director Asia Argento. There were accounts of harassment from Mira Sorvino and Rosanna Arquette and others too. The New Yorker also reported that 16 former and current executives and assistants at The Weinstein Co. and Miramax either witnessed or knew of Weinstein's unwanted sexual advances: "All sixteen said the behavior was widely known within both Miramax and the Weinstein Company."

It is a list that continued to grow Tuesday as the minutes ticked by. After the one-two punch of the Times and The New Yorker articles Tuesday, more accusations followed too. One from a former actress who recounted Weinstein meeting her wearing a bathrobe with nothing on underneath at the Sundance Film Festival in 2008, the other from actress Heather Graham, who says he implied she would have to sleep with him for a role.

A representative for the mogul vehemently denied allegations of non-consensual sex in a statement to the magazine.

"I can't think of a movie-business scandal of this scale," author and entertainment writer Mark Harris tweeted on Tuesday. "It pushes into and implicates every corner of the industry."

The entertainment industry, which Weinstein ruled for so long, is quaking at the revelations from Paltrow, Jolie and others.

"These are people who everyone knows and everyone respects," said Anne Thompson, the editor at large of IndieWire. "I thought he was done before."

Paltrow might have been early in her career when she met Weinstein in that hotel room, but she was hardly an unknown in Hollywood circles.

"Gwyneth Paltrow is a child of Hollywood," Thompson said. "She's Steven Spielberg's goddaughter. This is someone who all the powerful people in Hollywood know very well as a family friend."

Tuesday's revelations might be the death knell for the era of Harvey Weinstein.

After last week's initial report from the Times, which spotlighted accounts from Ashley Judd and sexual harassment settlements given to people like Rose McGowan, condemnations trickled in from Hollywood and Washington D.C. But as the days went by and accusations both continued and escalated, it soon turned into a flood. Now President Barack Obama, Hillary Clinton, George Clooney, Meryl Streep, Matt Damon, Ben Affleck, Leonardo DiCaprio, Jennifer Lawrence, Bob Iger, Jeffrey Katzenberg, Judd Apatow, Judi Dench, Glenn Close and more and have all come out with statements against him and in support of the women who are speaking out.

Even Weinstein's wife of 10 years, Marchesa designer Georgina Chapman, said Tuesday that she plans to divorce him. The company he helped co-found not only fired him, but its board of directors, including his brother Bob Weinstein, stated that Weinstein's "alleged actions are antithetical to human decency" and that they had no knowledge of this conduct. The University of Southern California School of Cinematic Arts rejected a $5 million pledge from Weinstein that was intended for a female filmmaker endowment.

Weinstein, it seems, has no one left on his side but his lawyers, and possibly Lindsay Lohan, who said in an Instagram story late Tuesday that she feels "very bad" for him.

For now, everyone is waiting to see where the chips will fall and who will be implicated or exposed in what The New Yorker described as a "culture of complicity" that could extend far outside the confines of Miramax and Weinstein Company employees.

Weinstein himself has not commented since the initial Times expose published last week. Others are wondering whether accusations will come out against more powerful men in the industry, or if real changes might start to be implemented.

"I worry that when predators like Weinstein go away, the whole web of obstacles for women in business remains," wrote actor Alan Alda on Twitter. "Still lots of work to be done."

The same thing is on the mind of Cathy Schulman, the president of the advocacy group Women in Film, who says that the culture that allowed Weinstein to operate for so long is related to the vast underrepresentation of women in Hollywood in all aspects of the business.

"One thing I haven't seen is a lot of statements from the big corporations. I haven't seen the studios and networks and agencies make comments. At the end of the day, what are they going to do? It's those people who make decisions about which content to finance. Are they going to make a change because of all this? That's the big question mark," she asked.

"Frankly if everyone is going to speak up and it's going to be yesterday's fish wrap and let's wait for a hiatus and bring the guys back, then what have we really done?"