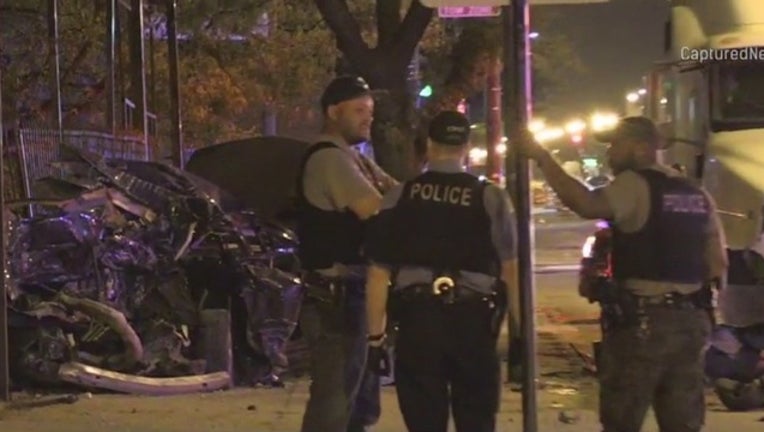 CHICAGO (Sun-Times Media Wire) - A man was killed in a crash early Tuesday in the South Side Gresham neighborhood after driving away from a traffic stop in southwest suburban Evergreen Park, police said.

The vehicle lost control about 2:30 a.m. in the 1800 block of West 87th Street in Chicago and crashed into a parked semi, police said. The driver, a 39-year-old man, was pronounced dead at the scene.