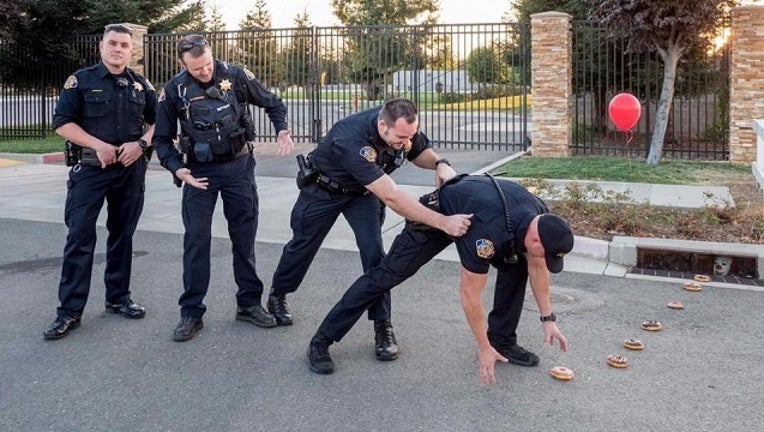 The Lincoln Police Department proved they have a sense of humor after sharing a hilarious ‘It’-themed photo to its Facebook page on September 16.

The photo shows a handful of Lincoln's finest being lured into the sewer by the ever-Evil Pennywise, who has left a trail of donuts to entice the officers.

Per their Facebook post, the officers were inspired by photos shared by other departments in recent weeks.