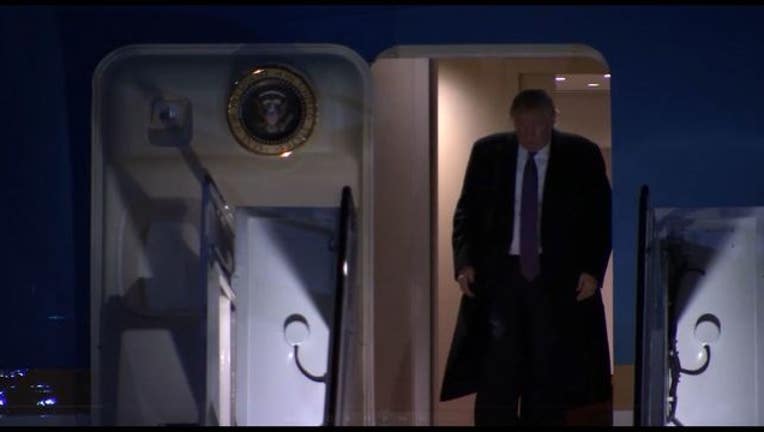 WASHINGTON, D.C. (Fox 32 News) - President Donald Trump's trip back from Florida to Washington might have been tense.

Trump was accompanied on Air Force One by National Security Advisor Michael Flynn, who is under fire for his phone calls with a Russian diplomat after the election but before Trump took office.

There are reports that during those conversations, Flynn might have told the Russians not to worry about sanctions that were being imposed by the Obama administration, and that those sanctions would likely be reversed by Trump. That kind of statement could have been illegal.

On Sunday night, the Wall Street Journal reported that the White House is debating whether to keep Flynn around or fire him.