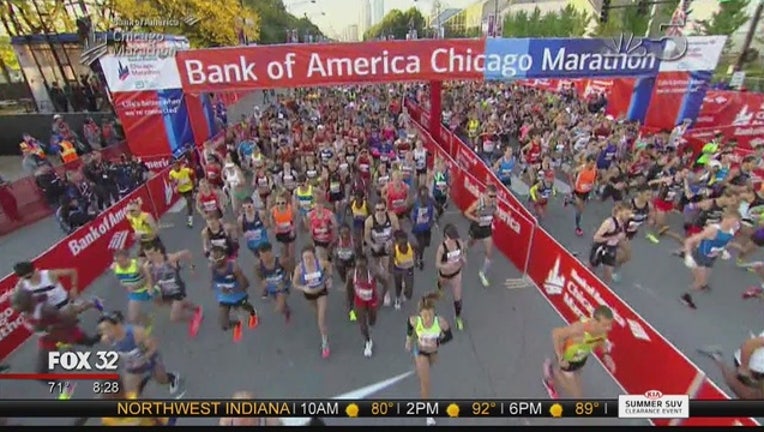 SUN-TIMES MEDIA WIRE - Road closures have already started Wednesday ahead of this Sunday’s Chicago Marathon, when more than 1 million spectators are expected to line the marathon route, OEMC said.

“As we do every year, the Chicago Police Department has worked with organizers, businesses along the route, race participants and volunteers to ensure the Chicago Marathon is once again a fun, safe event for all involved,” Deputy Chief Eric Carter said.

Road closures will continue throughout the week as the city prepares for the marathon, OEMC said. Columbus will be closed from Roosevelt to Congress beginning at 5 a.m. Thursday, and the closure will be extended at 10 a.m. Friday from Roosevelt to Monroe.

On Saturday, the Columbus closure will extend at 6 a.m. to Randolph, and Monroe Street will close at noon from Michigan to Lake Shore Drive, OEMC said.

Additionally, the “Runner Reunite” section has a new location along Columbus Drive, next to the 27th Mile Post-Race Party, OEMC said.

Parking restrictions will be implemented along the route beginning early Sunday morning. Vehicles will be towed and “no parking zones” will be strictly enforced. Anyone whose vehicle is towed should call 311.

Street closures along the race route will begin about 7 a.m. and are anticipated to end by 4:30 p.m. or when it is deemed safe, according to OEMC.

Chicago Police will conduct random bag checks, and runners will not be allowed to leave unattended backpacks or clothing in Grant Park or along the route. Only participants with event-issued bib numbers, credentialed staff and ticketed guests will have access to the start and finish areas.