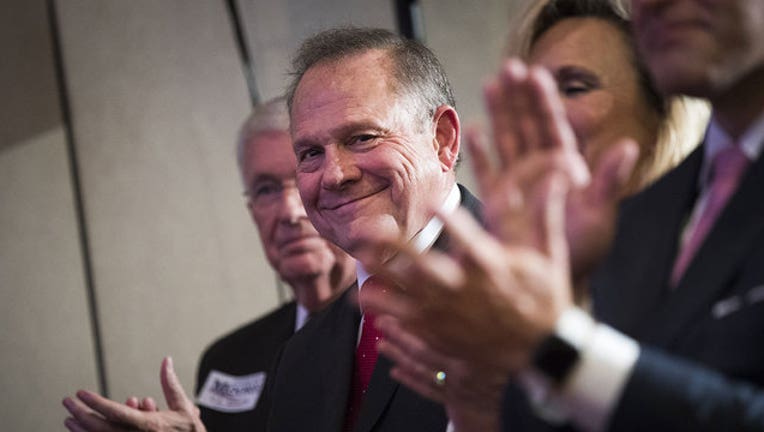 Trump addressed the swirling controversy surrounding Moore for the first time since top Republican leaders called on Moore to step aside more than a week ago.

"We don't need a liberal person in there," Trump said of Moore's rival, Democrat Doug Jones. "We don't need somebody who's soft on crime like Jones."

Trump said he will announce next week whether he will campaign on Moore's behalf. Trump spoke to reporters Tuesday at the White House before leaving for a Thanksgiving break at his Mar-a-Lago estate in Palm Beach, Florida.

Six women have accused the Republican Moore of pursuing romantic relationships with them when they were teenagers and he was an assistant district attorney in his 30s. Two have accused him of assault or molestation. Moore has denied the allegations.

Trump dismissed questions from reporters about him backing a man accused of sexual assault over a man who is a Democrat. He pointed to Moore's assertion that the candidate did nothing wrong.

He also noted that the allegations came from behavior alleged to have happened decades ago.

"Forty years is a long time," Trump said, questioning why it took so long for Moore's accusers to come forward.

Senate Majority Leader Mitch McConnell and House Speaker Paul Ryan, both Republicans, have both called on Moore to leave the race in light of the accusations. The Republican National Committee and the National Republican Senatorial Committee have pulled their support for Moore's campaign.

The special election for the Alabama Senate seat is Dec. 12.