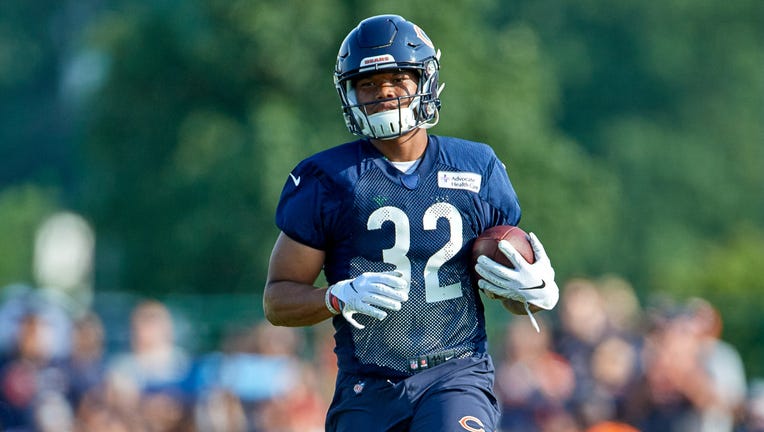 LAKE FOREST, Ill. - Bears running back David Montgomery limped off the field at practice Wednesday after injuring his groin when making a cut on a running play.

Montgomery, a second-year pro who is expected to carry much of the load in the running game, went down in a non-contact drill. After he took a handoff from Mitch Trubisky and ran to his left, Montgomery fell as he cut. He later was carted to Halas Hall to be examined by the medical staff.

Coach Matt Nagy said it was uncertain how severe the injury is.

Montgomery had a solid rookie season, rushing for 889 yards and six touchdowns. He also made 25 receptions for 185 yards and a touchdown.

Veteran Tarik Cohen is the Bears’ other main running back. They did not draft any other running backs this year.