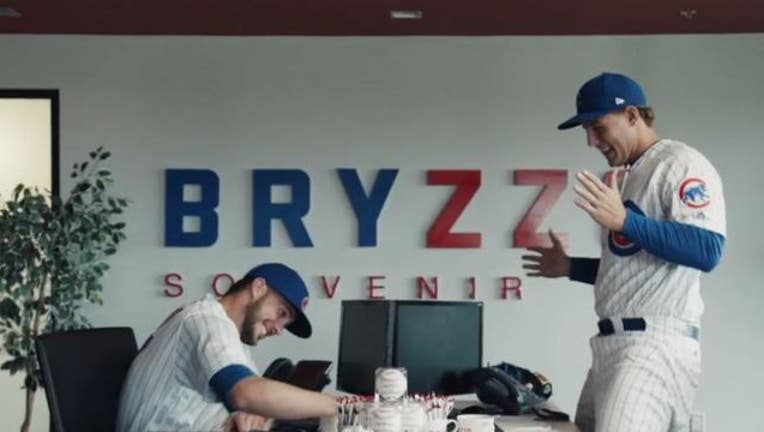 "Let's just say it's been a big year for the Bryzzo Souvenir Company," Bryant says. "Lots of homeruns and what do you know, demand's off the charts," Rizzo adds.

In the latest ad, the Bryzzo Souvenir Company is going through an expansion and adding some familiar faces to the staff including Addison Russell, Javier Baez, Kyle Schwarber, and World Series MVP Ben Zobrist.

They also hire Pearl Jam frontman and Cubs megafan Eddie Vedder to write a catchy jingle for the company.

Not to be forgotten, former Cubs catcher David Ross cuts his teeth as the new Bryzzo Souvenir Company intern, packing boxes of homerun balls for customers.

"Just a heads up re: the Bryzzo campaign, there is more to come. Stay tuned," Muskat tweeted.