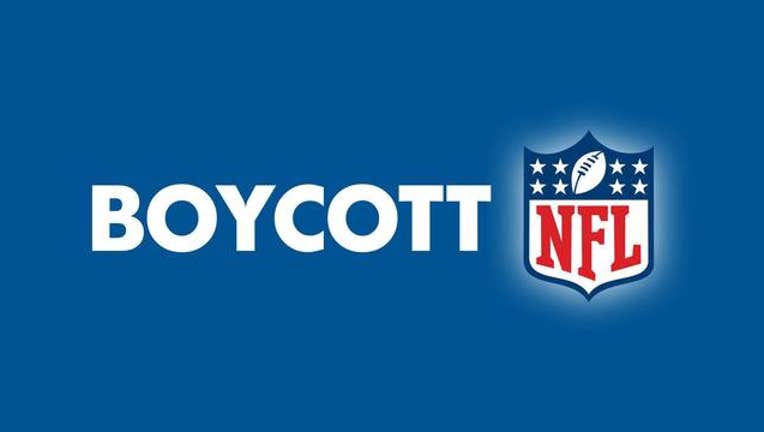 FOX NEWS - A Facebook group with more than 200,000 followers is planning an NFL boycott over Veterans Day weekend.

"We will be not be watching or listening to NFL games on November 12th in solidarity with veterans around the country, as football players have continued to disrespect the national anthem, the American flag, and everything our nation stands for," it says on the Boycott The NFL Facebook page.

"Until millionaire football players stop protesting the National Anthem of the United States, we'll be here," the page says.

Colin Kaepernick started the trend of NFL players refusing to stand for the anthem last year when he played quarterback for the San Francisco 49ers, in a protest against racial inequality and police brutality. Although Kaepernick remains a free agent this NFL season, other players and teams have continued to protest, which has been a major source of controversy for the league.

The issue was thrust back into the spotlight in September when President Donald Trump said NFL owners should fire any "son of a b****" who doesn't respect the anthem and flag. He has gone on to call the demonstrations disrespectful and blamed them for the NFL's lower ratings and attendance.

On the Boycott The NFL Facebook page, several social media users explained why they are tuning out.

"I refuse to participate in an event that disrespects the United States of America. I despise anyone who disrespects those that have fought and those that gave their lives for our freedom. Keep taking a knee NFL and you will lose what fans you have left," one person said.

"Enough is enough. Politics and sports do not mix. This is a reminder of the Olympics boycotts in the 70's. Not the proper forum for protests. Fans cannot relate to million dollar cry babies. Get back to the work of entertainment," another wrote.

"I gave up the NFL after watching the first 'kneel' this season. I am done; I thought it would bother me, but College Football keeps me entertained. They allowed this disrespect to go on too long," another user said.