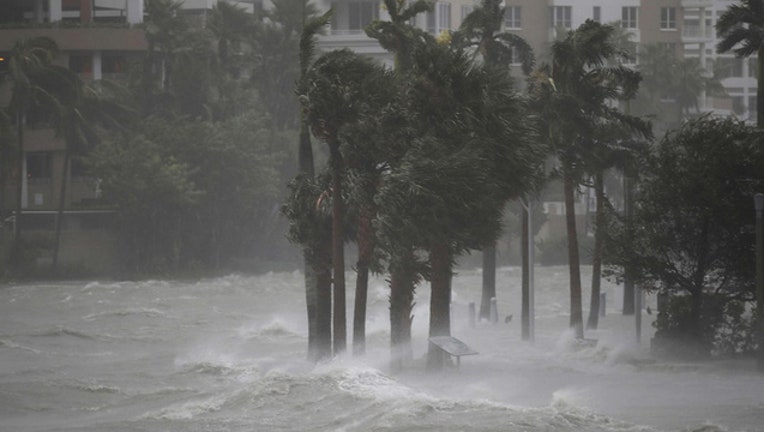 Water flows out of the Miami River to flood a walkway as Hurricane Irma passes through on September 10, 2017 in Miami, Florida. Hurricane Irma made landfall in the Florida Keys as a Category 4 storm on Sunday. (Photo by Joe Raedle/Getty Images)

An expectant Miami mother had to deliver her own baby as Hurricane Irma hit Miami on Sunday.

The mom, who lived in the city’s Little Haiti neighborhood, called first responders about 3:30 a.m. saying she was going into labor, according to the Washington Post. Two hours later she called again saying the birth was about to happen, but paramedics were unable to get to her due to the storm that was making landfall at the time.

The call center was able to give some help remotely. They arranged a conference call with paramedics and a doctor from Miami’s Jackson Memorial Hospital.

“We weren’t able to respond. So she delivered the placenta, also. Dispatch told her how to tie it off. She’s stable at home,” Assistant Fire Chief Eloy Garcia told the Miami Herald. “We made contact with the assistant medical director here. Talked things through.”

The woman and her baby girl were taken to the hospital a few hours later once first responders were able to travel to her home.

There’s no word on if the baby will be named Irma.