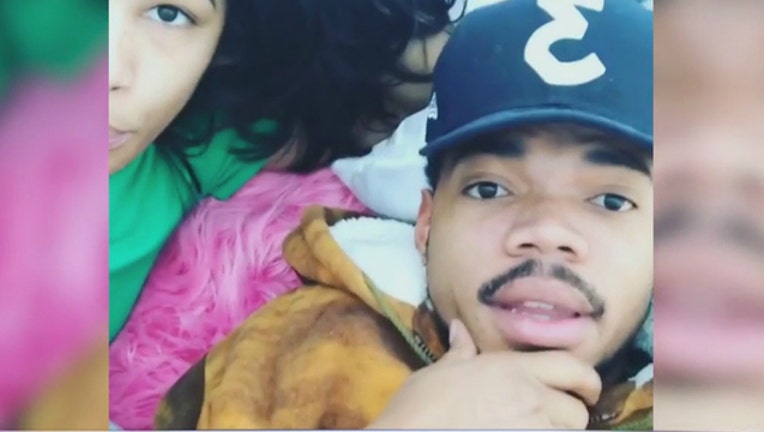 CHICAGO (SUN TIMES MEDIA WIRE) - An agreement has been reached in a child-support case involving Chance the Rapper and the mother of his 18-month-old daughter, the Sun-Times is reporting.

Neither Chance, whose given name is Chancelor Bennett, nor the mother, Kirsten Corley, attended a hearing in the case Monday morning at the Daley Center.

Enrico Mirabelli, Corley’s attorney, praised both parents, saying they came to an agreement that “put their child first.”

“That’s the way it should be done,” Mirabelli said. “And when you settle between yourselves, you leave nothing to chance.”

Tanya Stanish, one of Chance’s attorneys, said: “The parties have reached a full agreement. The case is concluded. I’m going to give major credit to Chance and Kirsten for working together to reach a deal that’s fair for their daughter, fair for them both.”

Corley and her daughter have been living with Chance, but both parents agree that it’s in the child’s best interests if they live separately, according to recent documents filed in the case.

Corley had been seeking temporary child support that would pay for, among other things, a furnished home for her and the daughter as well as a car to transport the child.

Attorneys for both sides had said last week that the parties agreed to keep some documents in the case confidential, and were close to an amicable settlement.

Mirabelli wouldn’t say at that time if other issues in the case — Corley’s demand for a place to live and a car — were close to being resolved.

Stanish had said last week that the parties in the case “… have reached an agreement to keep certain documents confidential relating to the financial documents.”