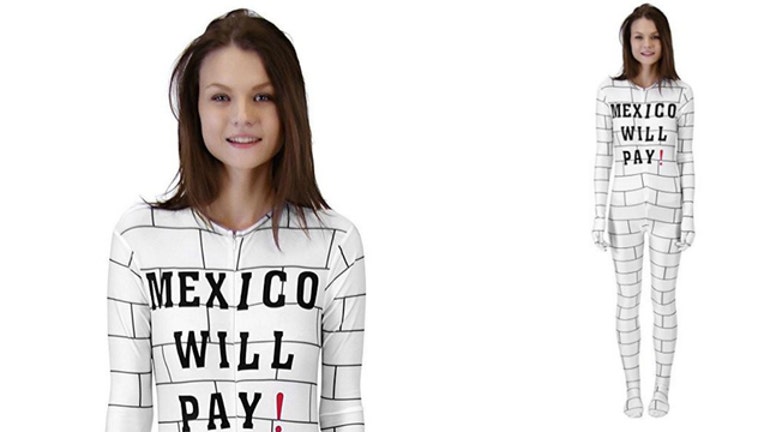 FOX NEWS - A Halloween costume on Amazon is causing outrage.

Costume Agent's unisex "Mexico Will Pay" jumpsuit isn't sitting well with some Amazon customers who say the costume is racist.

A petition to Amazon CEO Jeff Bezos demands the costume based on President Donald Trump's efforts to build a border wall between the United States and Mexico, be taken down immediately.

"The 'costume' advertised on Amazon's website promotes this despicable xenophobia and is nothing more than a modernized version of a Ku Klux Klan robe. We demand Amazon immediately remove it and all other racist merchandise from its site," the petition states.

However, many reviewers on Amazon have praised the costume, which has been on the site since 2016.