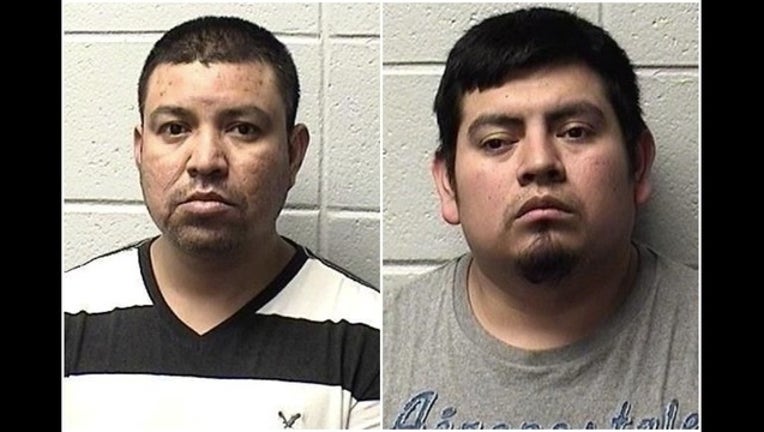 SUN-TIMES MEDIA WIRE - Two men from northwest suburban Carpentersville were arrested Wednesday after police searched their homes and uncovered about 3 kilograms of heroin and more than $10,000 in cash.

The estimated street value of the seized drugs is approximately $400,000, according to authorities.