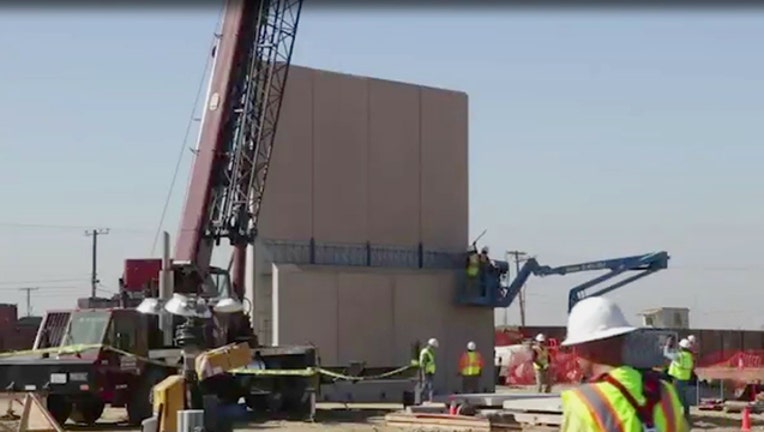 One of the prototype border walls being built in San Diego. (Image courtesy Customs and Border Patrol)

SAN DIEGO (Fox 32 News) - The Department of U.S. Customs and Border Protection is sharing video of the prototype border walls under construction in San Diego.

The Department of Homeland Security said that four of the eight prototypes are made of concrete, the others of alternative materials.

The prototype walls will be 18 to 30 feet tall. The goal is to stop Mexican citizens and other people from Central and South America from entering the United States without proper paperwork.

The cost of building a wall along the entire Mexico-U.S. border is up for debate. Democrats estimate it could cost $66.9 billion; Donald Trump's administration has estimated it would cost about $21 billion. The president has claimed that Mexican citizens will pay for the wall, an idea that Mexican politicians have found laughable.