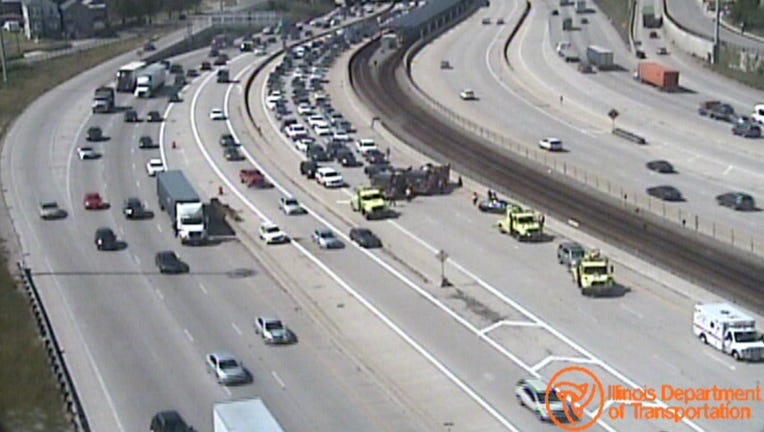 Authorities responded to a crash June 18, 2020, on the Dan Ryan Expressway near 43rd Street. (Illinois Department of Transportation)

CHICAGO - All express lanes were blocked on the inbound Dan Ryan Expressway while authorities respond to a single-vehicle crash on the South Side.

The crash happened about 9:40 a.m. near 43rd Street, according to Illinois State Police.

An ambulance responded, but no one was transported from the scene, according to Chicago Fire Department spokesman Larry Merritt.